The state Supreme Court issued an opinion on Thursday that upheld the authority of Gov. Andy Beshear to issue executive orders in an emergency following a challenge to those he has issued since the COVID-19 pandemic hit Kentucky.

Thursday, on a  unanimous vote, the state high court found that Beshear acted within power granted the governor under the Kentucky Constitution and by state law to issue such orders.

Writing the majority opinion, Justice Lisabeth T. Hughes found that "the Governor’s orders were, and continue to be, necessary to slow the spread of COVID-19 and protect the health and safety of all Kentucky citizens." 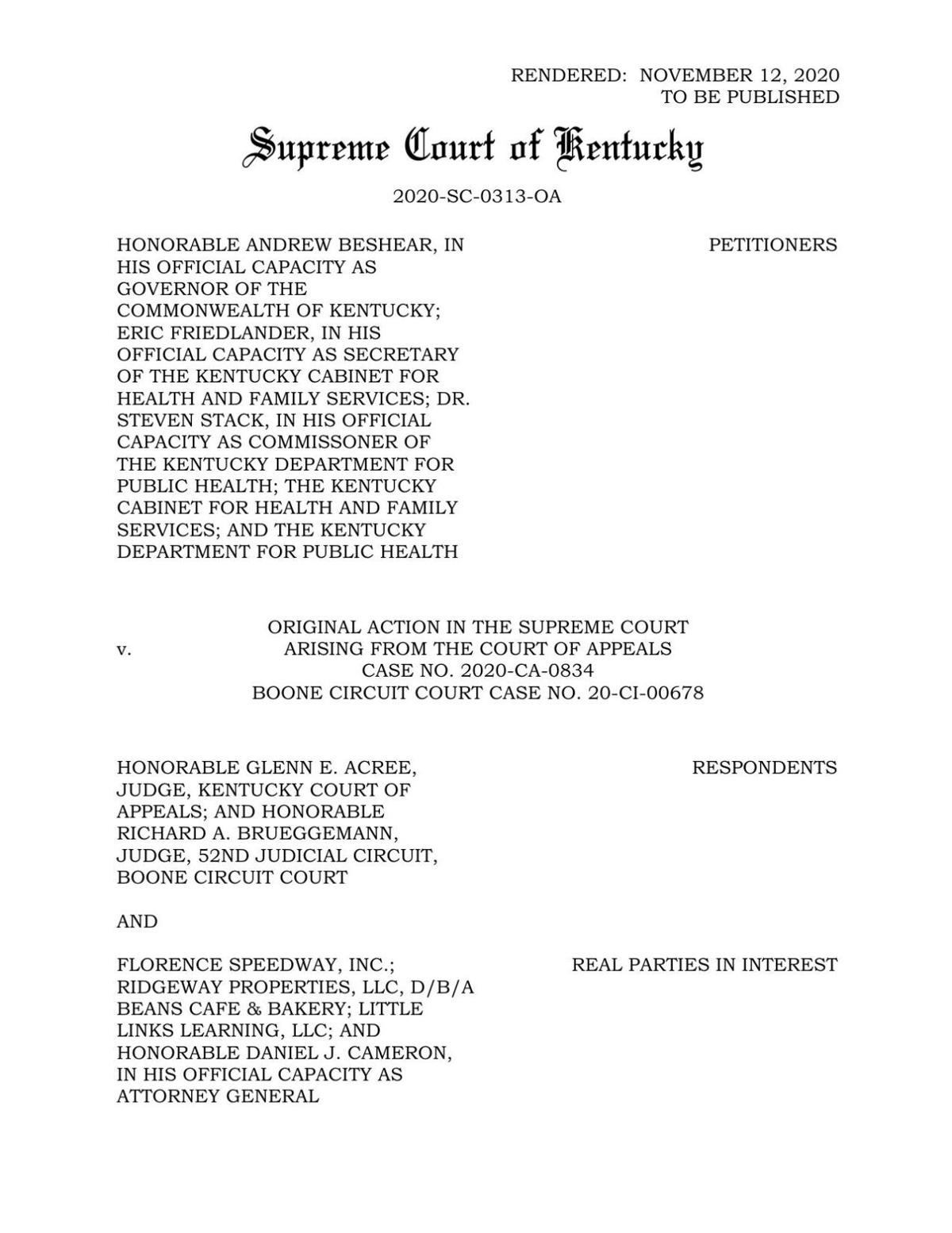 The ruling is a victory for Beshear, a Democrat who had argued his orders were essential to limit spread of the coronavirus, ease economic harm and save lives. It's a setback for Republican Attorney General Daniel Cameron, who had joined the challenge arguing Beshear had overstepped his authority and bypassed the state General Assembly.

Loopholes saddle some with surprise bills for COVID-19 tests