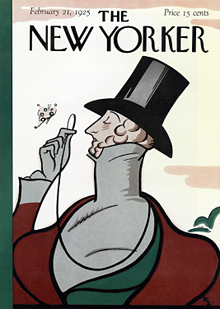 The New Yorker has been providing quality news, articles, and information since 1925 (pictured is the cover from the debut issue of February 21, 1925) 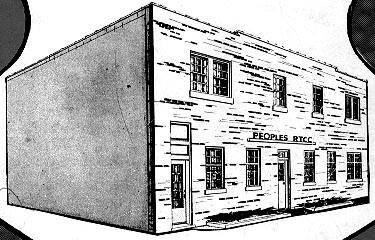 From humble beginnings, PRTC has emerged as a national leader in rural broadband

Jackson County and McKee were the recent focus of an recent article in The New Yorker called “The One-Traffic-Light Town with Some of the Fastest Internet in the U.S.” by Sue Halpern. Our community has garnered this national notoriety because of the work of PRTC providing our county’s broadband capability. Our local internet access is among the best and fastest in the entire country. The article goes in-depth into the circumstances and conditions leading up to PRTC’s decision to install fiber optic broadband to the home. The article also illuminates the dramatic opportunities for employment that fiber optic internet has brought to our region which is so devastated by a lack of job opportunities and poverty. We may not have an interstate running through our county but we may actually have something better in this age of internet commerce and technology…the ability to communicate with the entire world at speeds up to a gigabyte per second!!

Excerpts from the New Yorker article written by Sue Halpern (a link will be provided to the entirety of this article on our website and our Facebook page):

“McKee, an Appalachian town of about twelve hundred tucked into the Pigeon Roost Creek valley, is the seat of Jackson County, one of the poorest counties in the country. There’s a sit-down restaurant, Opal’s, that serves the weekday breakfast-and-lunch crowd, one traffic light, a library, a few health clinics, eight churches, a Dairy Queen, a pair of dollar stores, and some of the fastest Internet in the United States. Subscribers to Peoples Rural Telephone Cooperative (P.R.T.C.), which covers all of Jackson County and the adjacent Owsley County, can get speeds of up to one gigabit per second, and the coöperative is planning to upgrade the system to ten gigabits. (By contrast, where I live, in the mountains above Lake Champlain, we are lucky to get three megabytes.) For nearly fifteen million Americans living in sparsely populated communities, there is no broadband Internet service at all. “The cost of infrastructure simply doesn’t change,” Shirley Bloomfield, the C.E.O. of the Rural Broadband Association, told me. “It’s no different in a rural area than in Washington, D.C. But we’ve got thousands of people in a square mile to spread the cost among. You just don’t in rural areas.”

By 2009, unemployment in Jackson County was more than sixteen per cent. (In Owsley County, which sits at the edge of coal country, it was about twelve per cent.) Few places in the country were as down-and-out—and even fewer had fibre-optic service to the home. But, as (Keith) Gabbard and his crew saw it, when it came time to upgrade infrastructure in parts of both counties, it made no sense to replace old copper wiring with new copper wires, which don’t have the capacity for broadband. “It’s no more difficult to build fibre than it is copper,” he said. “It was just a matter of money and time.” With twenty million dollars borrowed from the U.S. Department of Agriculture, and twenty-five million dollars in Obama-era stimulus—some of it a grant and some of it a loan—P.R.T.C. pulled a thousand miles of cable, to all seven thousand structures in the county. In the most rugged terrain around McKee, the crews relied on a mule named Old Bub to haul the cable two or three miles a day. “We’ve got mountains and rocks and not the greatest roads, and there were places we couldn’t get a vehicle to,” Gabbard told me. “Farmers here have been using mules for centuries. It just made sense that, if a place was hard to get to, you went with the mules.” Old Bub, he said, was able to do the work of eight to ten men.

The effort took six years, at a cost of fifty thousand dollars per mile. Once Jackson and Owsley Counties were wired, Gabbard was approached by the Eastern Kentucky Concentrated Employment Program (ekcep), to see if they could use P.R.T.C.’s broadband to bring Internet-based jobs to the region. In 2015, Teleworks U.S.A., a job-training nonprofit, opened a branch in Jackson County. It is a collaboration between ekcep, the phone coöperative, and a number of other civic groups. P.R.T.C. supplies the hub with Internet connectivity and gives three months of free service to anyone who completes a workshop there. In nearly five years, it has created more than six hundred work-at-home jobs in the county. Participants learn enough basic computer skills to get placed at companies such as Hilton Hotels, Cabela’s, U-Haul, Harry & David, and Apple.”

Get the link or visit the New Yorker magazine (www.newyorker.com)