State Auditor Mike Harmon released the audit of the sheriff’s settlement – 2019 taxes for Jackson County Sheriff Paul Hays at the end of last week. The sheriff’s responsibilities include collecting property taxes, providing law enforcement and performing services for the county fiscal court and courts of justice. The sheriff’s office is funded through statutory commissions and fees collected in conjunction with these duties.

The sheriff’s financial statement fairly presents the taxes charged, credited and paid for the period April 16, 2019 through May 15, 2020 in conformity with the regulatory basis of accounting.

As part of the audit process, the auditor must comment on noncompliance with laws, regulations, contracts, and grants. The auditor must also comment on material weaknesses involving the internal control over financial operations and reporting.

The Jackson County Sheriff’s Office does not have adequate segregation of duties over receipts and disbursements: This is a repeat finding and was included in the prior year audit report as Finding 2018-001. The sheriff’s bookkeeper collects payments from customers and prepares daily collection reports, deposits, and monthly tax reports. Upon completion of the monthly reports, the bookkeeper prepares and signs the checks and performs the monthly bank reconciliations.  In addition, the bookkeeper also has administrative rights to the tax program used to collect taxes.  In response to the lack of segregation of duties, the sheriff has implemented some compensating controls, however they are not sufficient to mitigate the lack of segregation of duties.  According to the sheriff this condition is a result of a limited budget, which restricts the number of employees the sheriff can hire or delegate duties to. When faced with limited number of staff, strong compensating controls could be in place to mitigate the lack of segregation of duties.

The lack of oversight could result in undetected misappropriation of assets or inaccurate financial reporting to external agencies such as the Department of Revenue and other taxing districts. Proper segregation of duties over collecting taxes, preparing daily tax collection journals, preparing monthly reports, preparing and making deposits, and preparing disbursements is essential protection from asset misappropriation and inaccurate financial reporting. Additionally, proper segregation of duties protects employees in the course of performing their daily responsibilities.

The auditor recommended the sheriff separate the duties involved in receiving cash, preparing deposits, writing disbursement checks, posting to ledgers and preparing monthly bank reconciliations.  If this is not feasible due to lack of staff, then strong oversight over those areas should occur and involve an employee not currently performing any of those functions. The sheriff could further assign the tax program administrative rights to an employee other than the bookkeeper. Additionally, the sheriff could also provide this oversight.  The individual providing the oversight should initial the source document as evidence of the review.

Sheriff Hays did not respond to the auditor’s comment this time since he has responded top this same issue on the other audits. 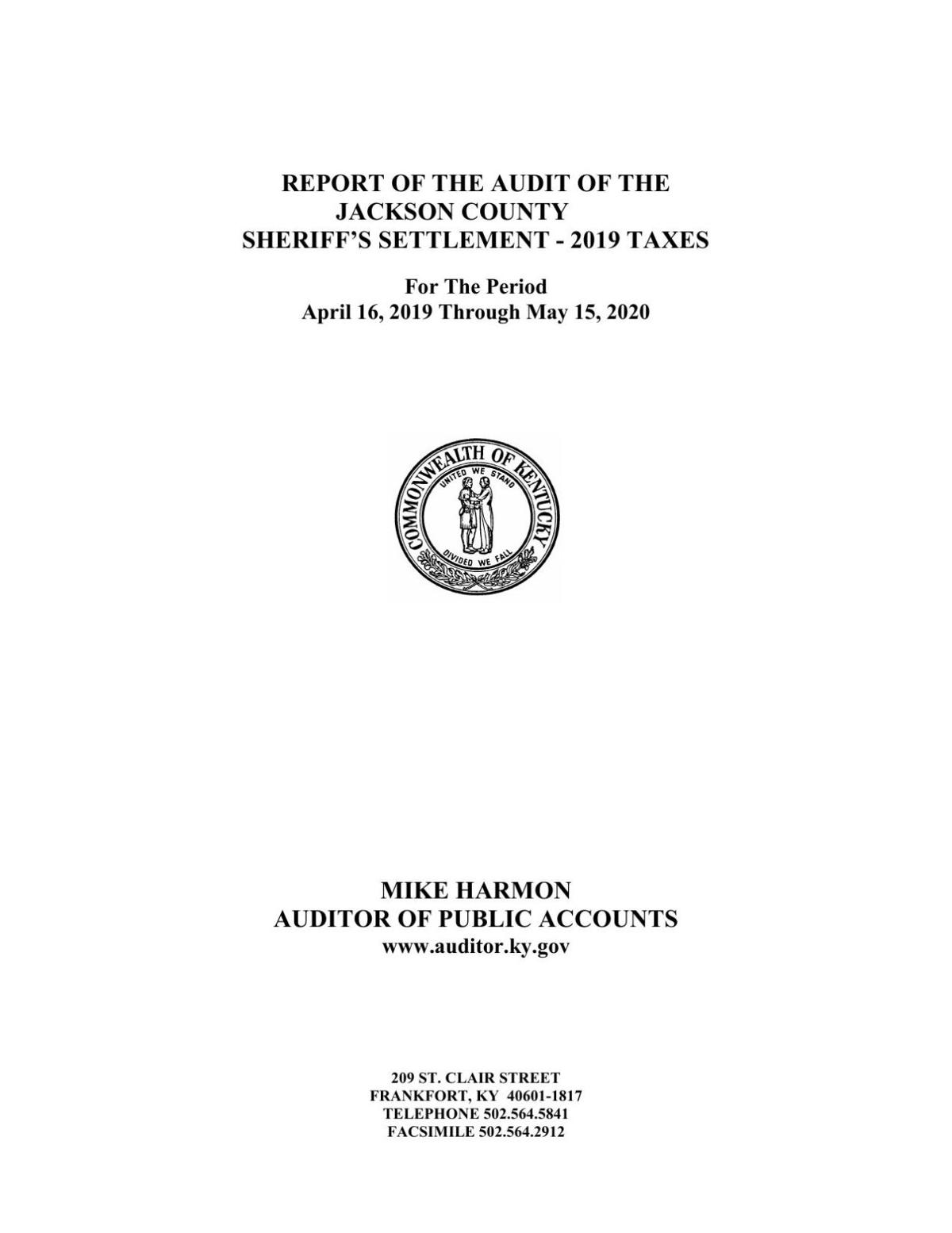 The full audit report can be found on the Jackson County Sun’s website, the State Auditor’s website, or may be viewed in-person at the Sheriff’s Office in the old courthouse in McKee, KY.