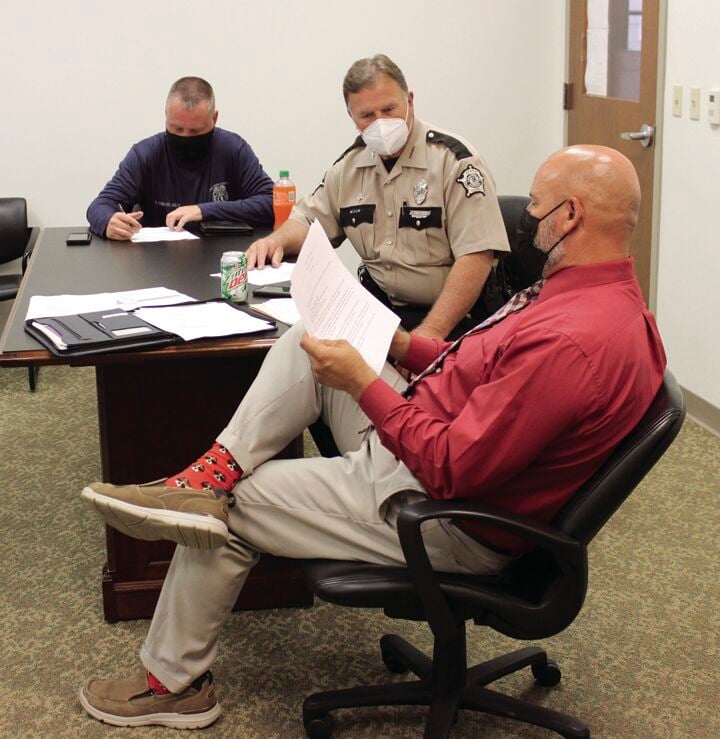 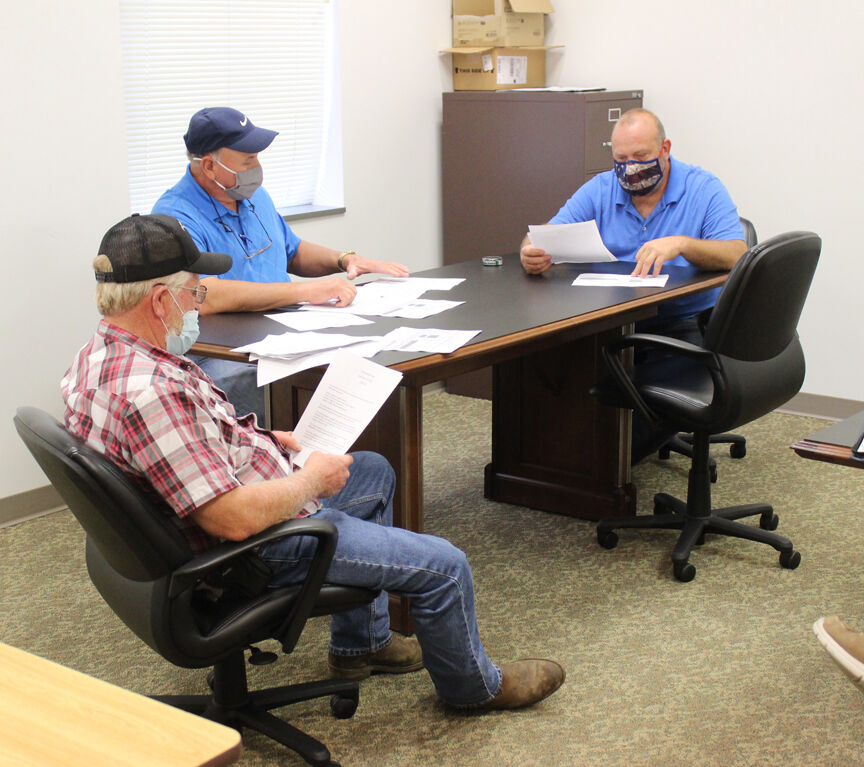 The Jackson County Fiscal Court executed the second reading of a budget amendment that would allow them to accept reimbursement of $42,448.59 associated with expenditures made necessary to minimize the risks of transmission of COVID-19. These expenditures were made in association with the Coronavirus Aid, Relief, and Economic Security (CARES) Act that was passed by Congress with overwhelming, bipartisan support and signed into law by President Trump on March 27th, 2020. These money will be returned to the “general fund” within the county budget. Judge Gabbard indicated that additional reimbursements will be forthcoming associated with measures taken to mitigate potential risks.

Magistrate Danny Todd informed the court that the two slips on Lakes Creek Foxtown Road are each about half finished. Magistrate Dale Vaughn informed the court that as of last week all the roads in his district are opened after being closed due to flood damages. Magistrate Garvin Baker indicated that engineers are going to look at James Cooper Road with possible funding for repair coming from Abandoned Mine Lands (AML).

Sheriff Paul Hays reported to the court that his office is responding to an increase in domestic violence calls. “These are some of the most dangerous calls for our officers. Emotions are usually running high and very often there are drugs and alcohol involved. Our goal and objective is mtom keep the peace. We will arrest someone if there are obvious injuries or crimes being committed but, in general, we just want to calm the situation down until cooler heads can prevail. In addition, Sheriff Hays wants motorists to be aware of an increase in pedestrians walking on the side of the road. “We have gotten a lot of calls with people being concerned about the safety and welfare of pedestrians walking alongside the road (especially US Hwy 421). Apparently a lot of folks aren’t familiar with the recommended practice of walking against the traffic. In other words, walking on the side of the road with traffic flowing in the opposite direction of the direction you are walking. Walking with the flow of traffic is far more dangerous because you have your back turned to the oncoming vehicles making it harder for you to see them or them to see you. Sheriff Hays also informed the court that thefts are increasing. He highly recommended that homeowners install security cameras. He also wanted to emphasize that people need to be aware that buying and/or receiving stolen property is also a crime. If you think that an item may be stolen it is not a good idea to buy it.

Jailer Brian Gabbard gave an update on the jail. The facility is currently housing 39mstate inmates (Just prior to the COVID pandemic the jail was housing 86 state inmates). Gabbard stated that the jail has purchased COVID-19 test kits to use to help keep infected inmates quarantined. No cases have been reported at the jail. Gabbard also reported that work release has been going well.

The court voted approval for a reimbursement request for the County Clerk preparation costs for Property Tax Bills. The clek processed 7,708 property tax bills for a total expense of $2,312.40. The state will reimburse $1,157.70. The court was also presented with the 3rd quarter report for the Sheriff’s Office as well as the 1st quarter report for the fiscal court. Both were reviewed and accepted.

The court discussed leasing 2 Dodge Durango’s for the Sheriff’s Office through Don Franklin. The item was tabled until Judge Gabbard can provide more details on the costs. The other purchase discussed was a new ambulance. Fully equipped a new ambulance would cost $121,799 (2020 F350). The cheaper Chevrolet isn’t available because the vehicles have stopped being manufactured. The court discussed different paths to fund the purchase one of which involved getting a grant from USDA Rural Development. USDA indicated that the maximum grant available would be $50,000 which would leave a remainder of $71,000. The ambulance service could get a loan or the fiscal court may possibly be able to use CSEPP funds to make up the difference. The court gave Judge Gabbard authorization to begin the paperwork on the grant application with the understanding they didn’t need to necessarily approve the grant if successful. The item was tabled until the court had time to review the figures and make a better informed decision.