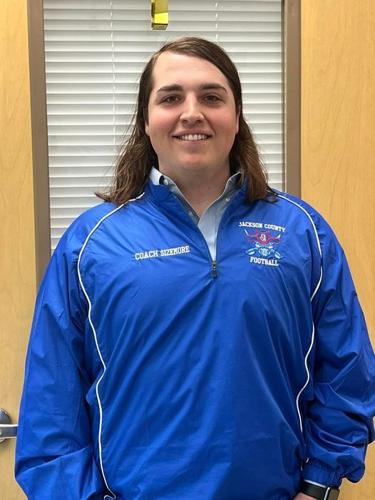 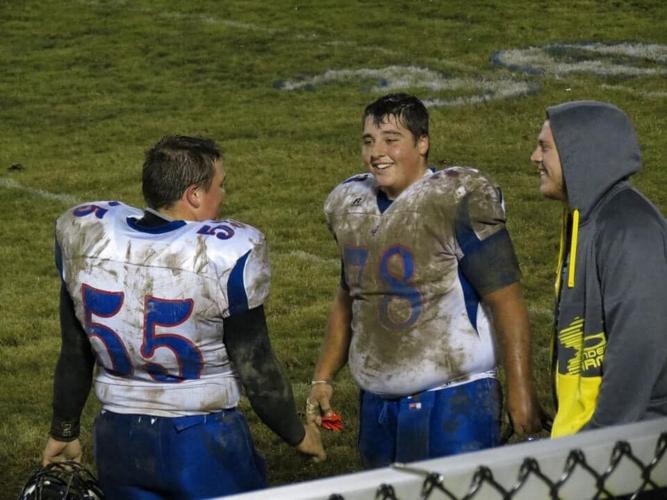 Nick Sizemore (#78) when he played for the General football team

Principal Brian Harris and the JCHS announced a new Head Coach for the upcoming 2022 General’s football team. Mr. Nick Sizemore was announced as the new Head Football Coach.  Nick graduated from JCHS in 2015, where he played on the football team all 4 years while in high school and all 3 years of middle school.  Nick is the first to both play at JCHS and become Head Coach. Sizemore currently works as a case manager at our Barnabus Home.

Sizemore greeted the selection by saying, “I want to thank everyone for the love and support I’ve been shown today since I’ve accepted the position of JCHS football Head Coach. Jackson County and our football program will always be near and dear to my heart, and I never want to stop giving back to our community. As Head Coach, I look forward to working with our student athletes and continuing the hard work that’s been put into the program so far. The team appreciates all the community support we can get and we hope that we will make Jackson County proud. Go Generals!

Congratulations Nick and Good Luck to the Generals Football team!  Any student interested in playing next year can attend weight lifting beginning next week. Go Generals!

Coach Sizemore will be replacing Coach John Hallock. Hallock served as Generals Head Coach for the past two seasons (2020-2021). When Hallock was contacted and asked for comments after it was learned he was stepping down he responded: ““I enjoyed my time but it was tough. COVID really hampered our ability to get anything going the last two years on the field but these boys are the toughest group of young men I know. Week and week out they didn’t know if we would be playing or who would be out due to COVID protocols. Great kids and I wish they could have had more success on the field. It wasn’t their fault. It was no one’s. The coaches worked as hard as they could but you can’t build a house on sand and that is what it was like the last two COVID years. Because I am a para professional I resigned so the program can get a coach in the building full time. For the sake of the kids and program it was the right thing to do though I wanted to continue. COVID hit our program a little bit harder then most because our positivity rate was so consistently high. I never really felt I had the chance to build the program up because of it. I am pleased the Lord allowed me to lead these young men through a once and a lifetime pandemic. I love the boys and community. I wish the boys could have had a chance to win more games. I hurt for them. Unfortunately, life does not always deal the cards we want. We have to play the hand we are dealt. These boys did the very best they could and so did the staff. Any failure was mine alone!”