Sign Up
Log In
Purchase a Subscription
You have permission to edit this article.
Edit
Subscribe
Our Publications
Home
News
Sports
Opinion
Digital
Calendar
Classifieds
Advertise with Us!
e-Edition
1 of 3 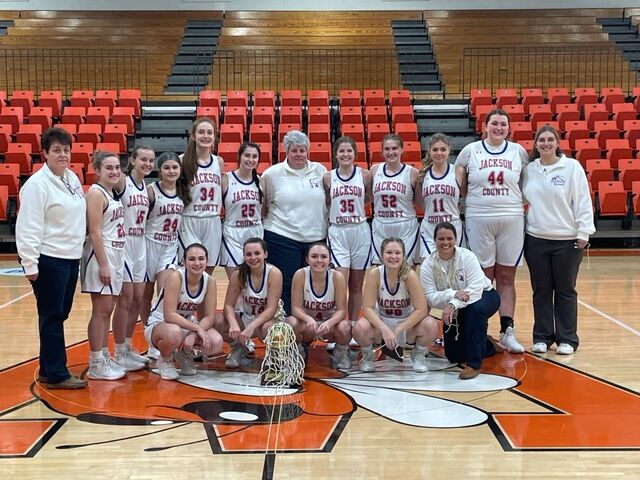 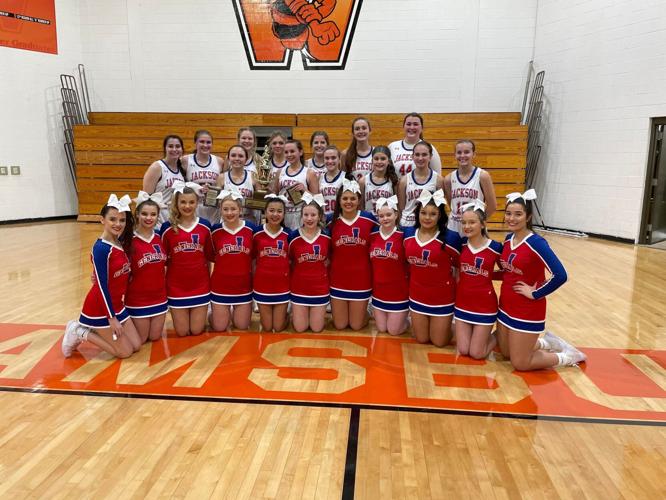 Lady Generals 13th Region All A Champs and Cheerleaders 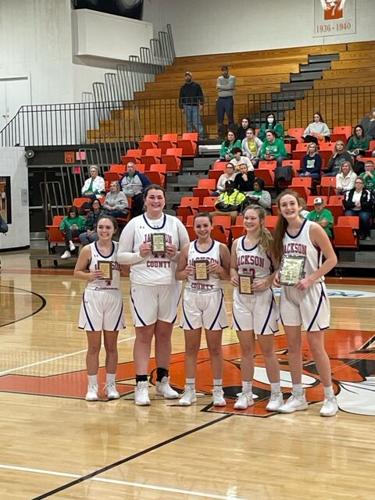 The JCHS Lady Generals basketball team has accomplished something this season that hasn’t been done since Sarah Elliott was leading the team in the early 2000’s. The 2021-2022 Lady Generals squad won the 13th Region All “A” Classic for the first time since 2003! The team won the tournament in convincing fashion improving their season record to 13-3.

The team opened the 13th Region All “A” Classic against the Red Bird Lady Cardinals. The Lady Generals had a very balanced game with four players scoring in double figures. Kenady Ward led the way with 23 points followed by Abby Gilbert (16 pts), Madison Marcum (12 pts) and Eden Lakes (12 pts). Natalie Carl and Taylor Grubb scored 7 pts each. Abby Gilbert led the team rebounding with 12 boards while Kenady Ward pulled down 8 rebounds and Jenna Creech pulled down 6 boards. The team had a total of 30 rebounds for the game. The Lady Generals defeated the Lady Cardinals by a final score of 81-52.

The tournament play was postponed for a week due to inclement weather with the next game for the Lady Generals pitting them against the Middlesboro Lady Jackets. Clay County transfer, Madison Curry, made her Lady Generals debut in this game. Curry has been with the team since the beginning of the season but her eligibility to play was challenged by her former school. The KHSAA conducted a hearing to evaluate Clay County’s complaints and issues in mid-December and ruled her eligible to play. Clay County had 30 days to appeal and convince KHSAA that Curry should not be eligible to play for her new school. However, the officials at KHSAA found the concerns espoused by Clay County to lack merit and deemed her eligible to play as a Lady General. The Lady Generals got off to a sluggish start after the week long lay-off but eventually found their rhythm. Abby Gilbert led the Lady Generals scoring 17 points. She was followed in scoring by Natalie Carl (12 pts), Eden Lakes (7 pts), Kenady Ward (6 pts), and Jenna Creech (5 pts). Abby Gilbert led the team rebounding with 13 boards. The Lady Generals defeated Middlesboro by a final score of 59-42 to advance to the tournament championship.

The Lady Generals faced Harlan for the 13th Region All “A” Classic Championship. The Lady Generals balance was phenomenal! They had five (5) players score in double digits with another player only one basket away from double digits as well. Abby Gilbert led the way with 23 pts (shooting 9/14 for 64%) followed by Eden Lakes (18 pts), Madison Curry (12 pts), Kenady Ward (10 pts shooting 4/7 for 57%), and Jenna Creech (10 pts shooting 4/4 for 100%). Kylee Shannon scored 8 pts (shooting 3/3 for 100%). Abby Gilbert led the team rebounding pulling down 13 rebounds. Kenady Ward had 6 rebounds, Madison Curry and Eden Lakes each had 5 rebounds, and Kylee Shannon pulled down four rebounds. The team had a total of 39 rebounds in the game. They won the championship defeating Harlan by a final score of 84-69.

The Lady Generals have earned the right to play in the All “A” State Tournament at Eastern Kentucky University’s McBrayer Arena on January 26th @ 10am.

The only game scheduled since the tournament was a home game against Red Bird. The Lady Cardinals cancelled the game due to issues pertaining to COVID-19. This forfeiture counted as a win for the Lady Generals and their season record improved to 14-3.  The tournament wins earned the Lady Generals a fourth (4th) place KHSAA ranking in the 13th Region based on their Ratings Percentage Index (RPI) of .60759. They trail 1st place North Laurel (RPI = .65478), Corbin (RPI = .63827), and Bell County (RPI = .61134).

The next two games for the Lady Generals will be challenges as they face #1 ranked North Laurel (Tuesday) and #5 ranked Knox Central (Thursday) on the road. The Lady Generals are currently undefeated against 49th District opponents (5-0) and the game against North Laurel will be a significant test as they prepare for the 49th District tournament at the end of the season.

This will be an issue you don't won't to miss!