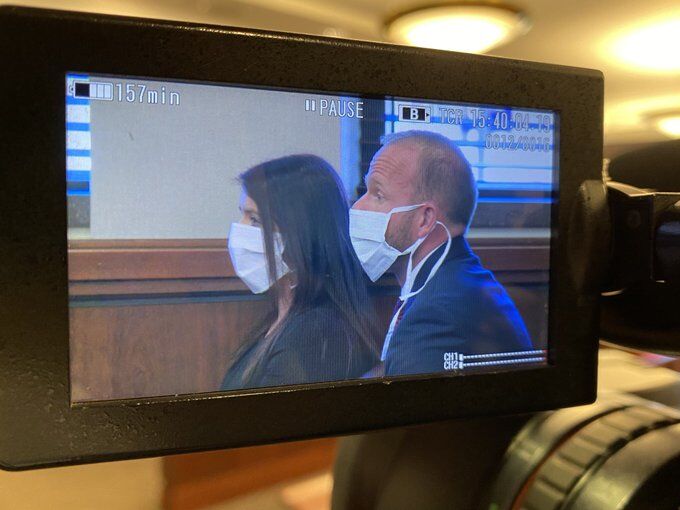 Goforth appeared in court for arraignment on June 01, 2020 where he entered a plea of "not guilty" to allegations of strangulation, assault, and terroristic threatening. 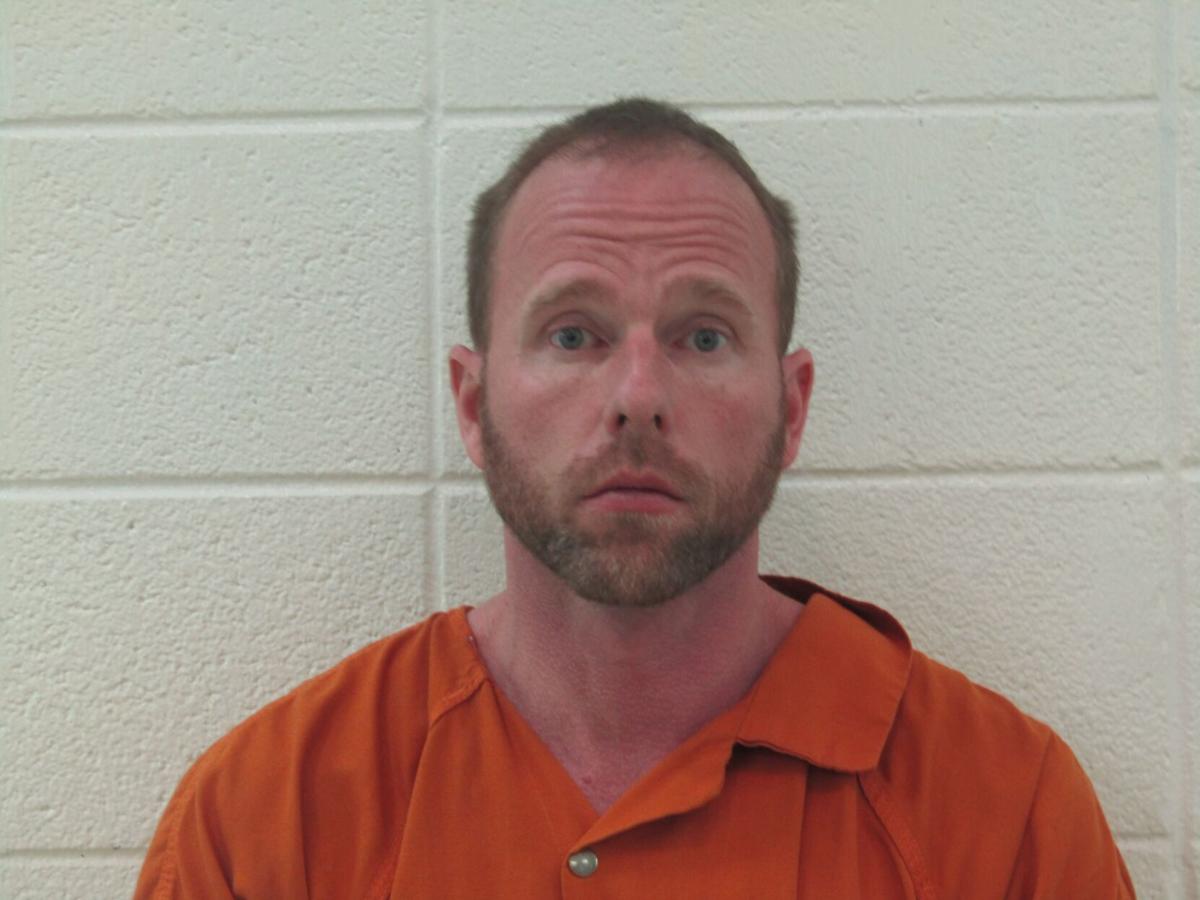 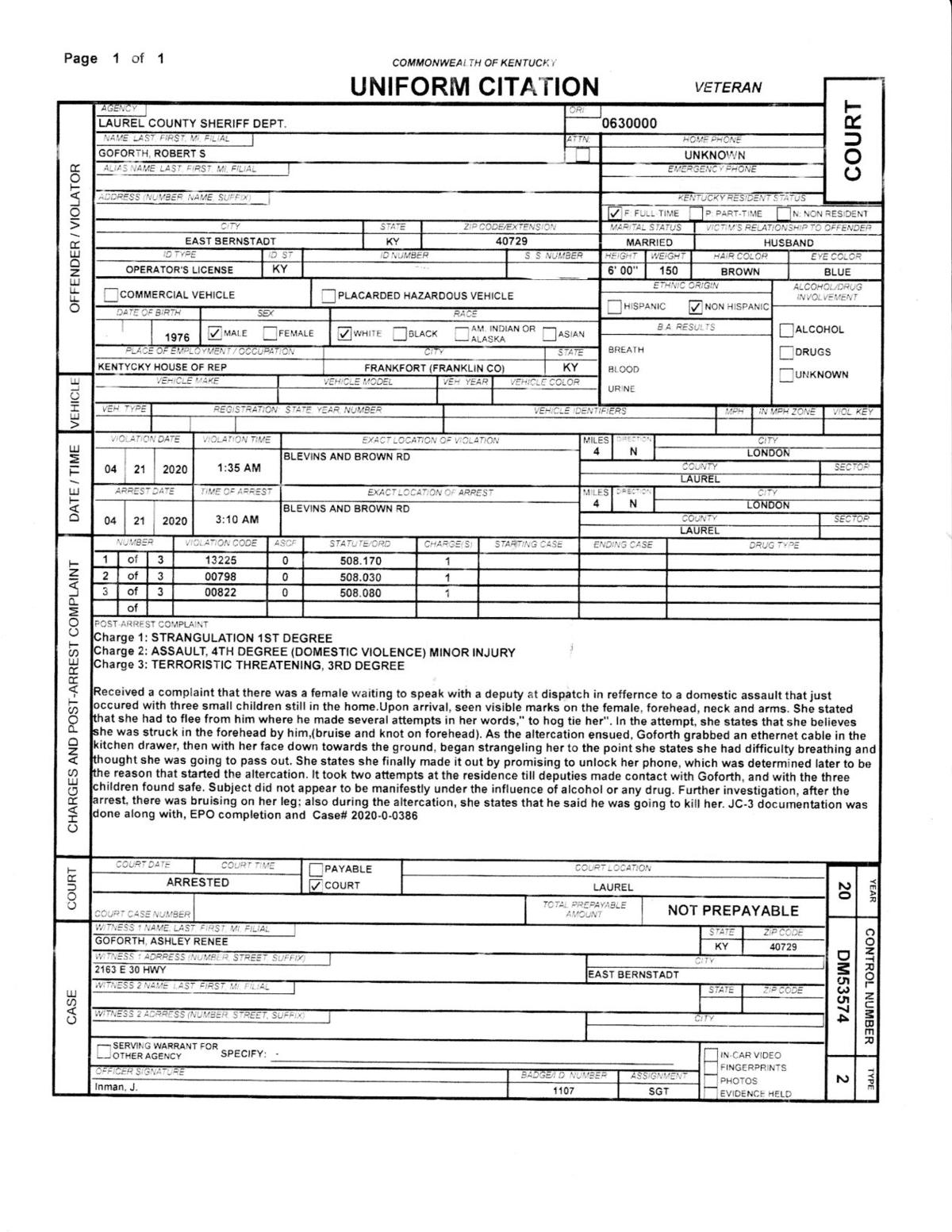 89th District Kentucky State Representative Robert Goforth was arraigned on domestic violence charges Monday, June 01, 2020 in a Laurel County Courtroom. Goforth entered a plea of “not guilty” at the hearing. A preliminary hearing was scheduled for June 09th, 2020.

The allegations against Representative Goforth are contained within the uniform citation obtained from the Laurel County Detention Center. The uniform citation states that Officer Inman received a complaint that there was a female waiting to speak with a deputy at the 911 Dispatch Center in reference to an alleged domestic assault that had just occurred (the citation reports that the incident occurred around 1:35 a.m. on April 21, 2020) with three small children still in the home. Officer Inman reported that upon arrival at the Dispatch Center he observed visible marks on the forehead, neck, and arms of the female complainant, Ashley Renee Goforth (wife of Rep. Robert Goforth). Rep. Goforth represents the 89th District, which covers Jackson County, as well as parts of Laurel and Madison counties.

The alleged victim told police that she tried to flee from Goforth, and that he made several attempts to “hog tie her,” according to the citation. She stated that during this attempt she believed she was struck on the forehead. The citation noted observing “bruise and knot on forehead”. As the altercation ensued, Goforth also allegedly strangled her with an ethernet cable, while her face was turned down toward the ground, to the point where she said she thought she was going to pass out, according to the citation.

According to the arrest citation, she also told police that Goforth said he was going to kill her during the altercation. The alleged victim told police she was able to escape by promising to unlock her phone, which was later determined to be the issue that had started the incident, according to the citation.

The citation states that it took two attempts at the residence for deputies to make contact with Goforth. Once they made contact with him police determined that Goforth did not appear to be under the influence of drugs or alcohol and the three children were found safe, according to the citation. In addition to the injuries that were noted upon initially observing the alleged victim, further investigation also revealed bruising on her leg. The citation reports that JC-3 documentation was done along with EPO (Emergency Protection Order) completion and Case #2020-0-0386.

Goforth was arrested by Sgt. Inman and taken to the Laurel County Detention Center where he was charged with Strangulation, 1st degree, Assault, 4th degree (domestic violence) minor injury, and Terroristic Threatening, 3rd degree. Goforth was released on a $25,000 cash bond.

Goforth was elected to Frankfort in 2018 and challenged former Governor Matt Bevin in the last Republican primary. In the midst of this controversy and another sexual assault allegation, there have been calls for Goforth to resign. Goforth has remained silent on his future plans.

Governor: 'Folks, this is serious'