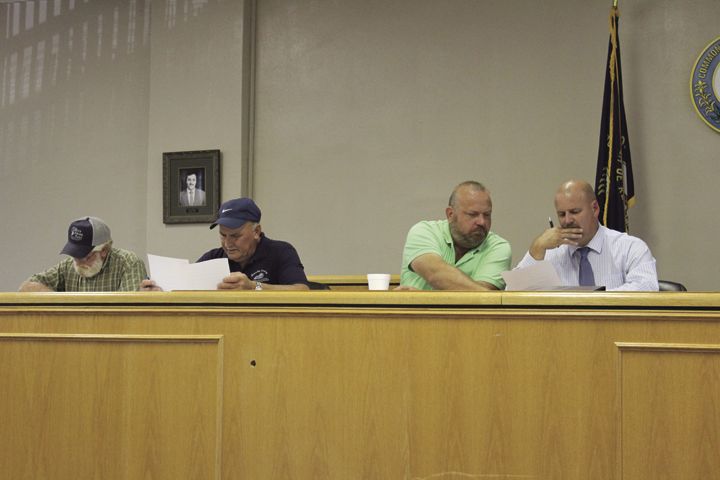 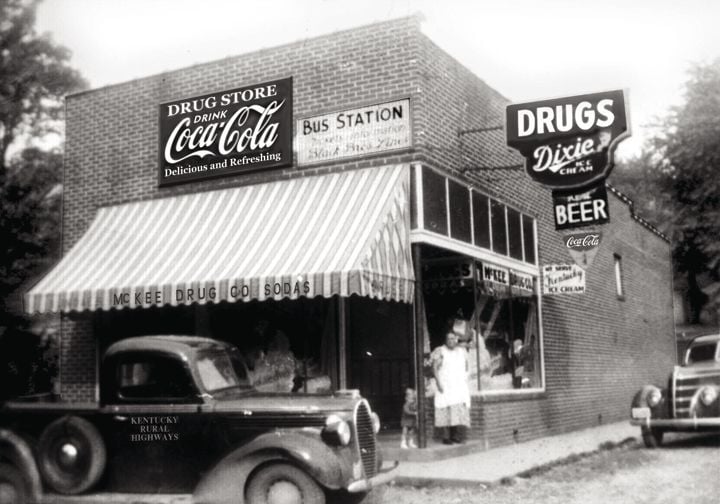 The "Beer" sign on the old Holcombs Drug Store is apparent evidence of historical alcohol sales in McKee, KY (photo circa 1930's)

County Judge Executive Shane Gabbard and the members of the fiscal court held their regular monthly meeting on Monday, September 09, 2019. Judge Gabbard formally entered Order #09032019 into the minutes of the meeting authorizing (pursuant to KRS 242.030) the placement of a “local option election question” on the upcoming November 05th, 2019 McKee City ballot. A petition was circulated within the City of McKee and successfully garnered enough signatures to include the local option question, “Are you in favor of the sale of alcoholic beverages in the City of McKee” on the upcoming City of McKee ballot. According to Judge Gabbard, in order to meet the standard set forth by KRS 242.020, the petition submitted by a City of McKee voter required signatures from at least 25% of the registered voters within the city limits. There are 200 registered voters in McKee city limits. The criterion required at least 50 signatures and they obtained 52. Although formal action was required by Judge Gabbard and the fiscal court to issue the order (#09032019) that would authorize the local option question on the ballot, the ultimate decision will rest entirely with the registered voters within the McKee City limits.

According to the April 08th, 1937 issue of the Jackson County Sun, Jackson County was voted “dry” on April 03rd, 1937 with a vote of 1,568 to 214. The voting was the result of a drive that began in September 1936. A petition was secured with the required number of signatures to place the local option on the ballot for the next election. However, improper posting of public notices delayed the vote from the initial date of December 05, 1936 to April 03, 1937. The local option law forbid the sale of all alcoholic beverages within the county. Approximately one third of all the voters participated in the vote.

Happy Hikers return to the Pinnacles