You have permission to edit this article.
Edit
Subscribe
Our Publications
Home
News
Sports
Opinion
Digital
Calendar
Classifieds
Advertise with Us!
e-Edition
1 of 5 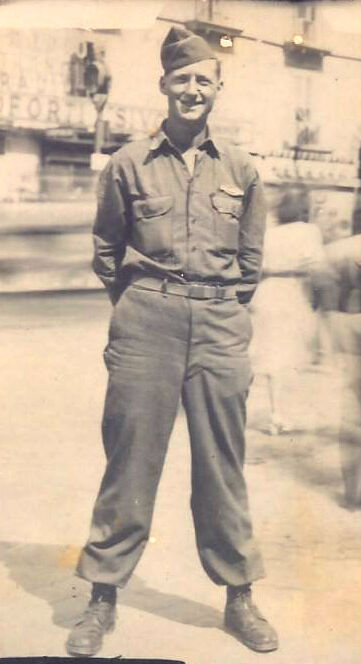 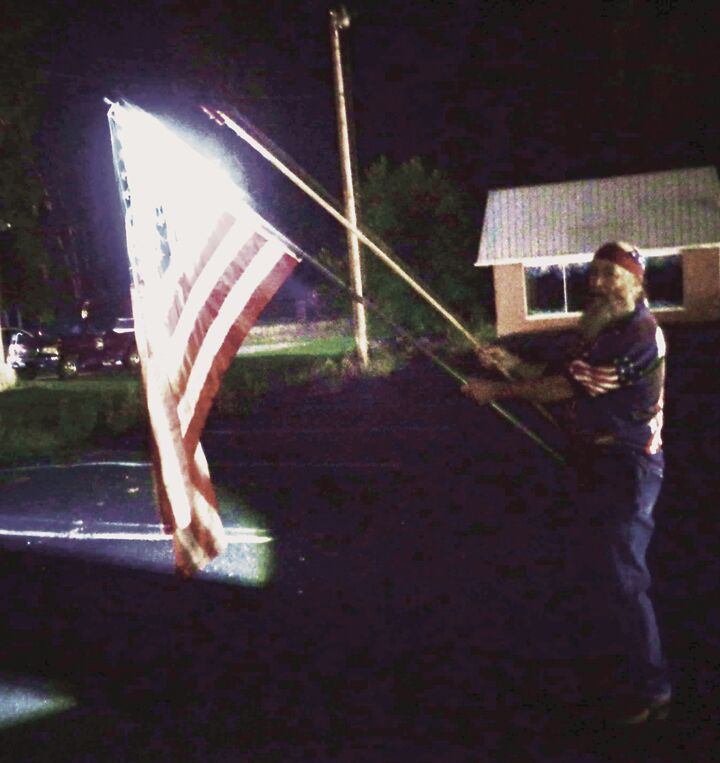 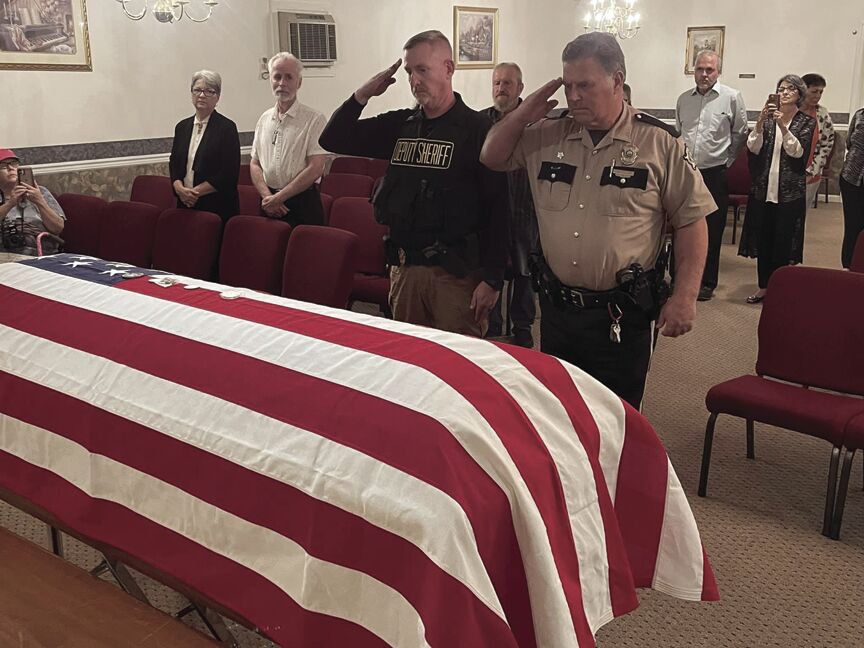 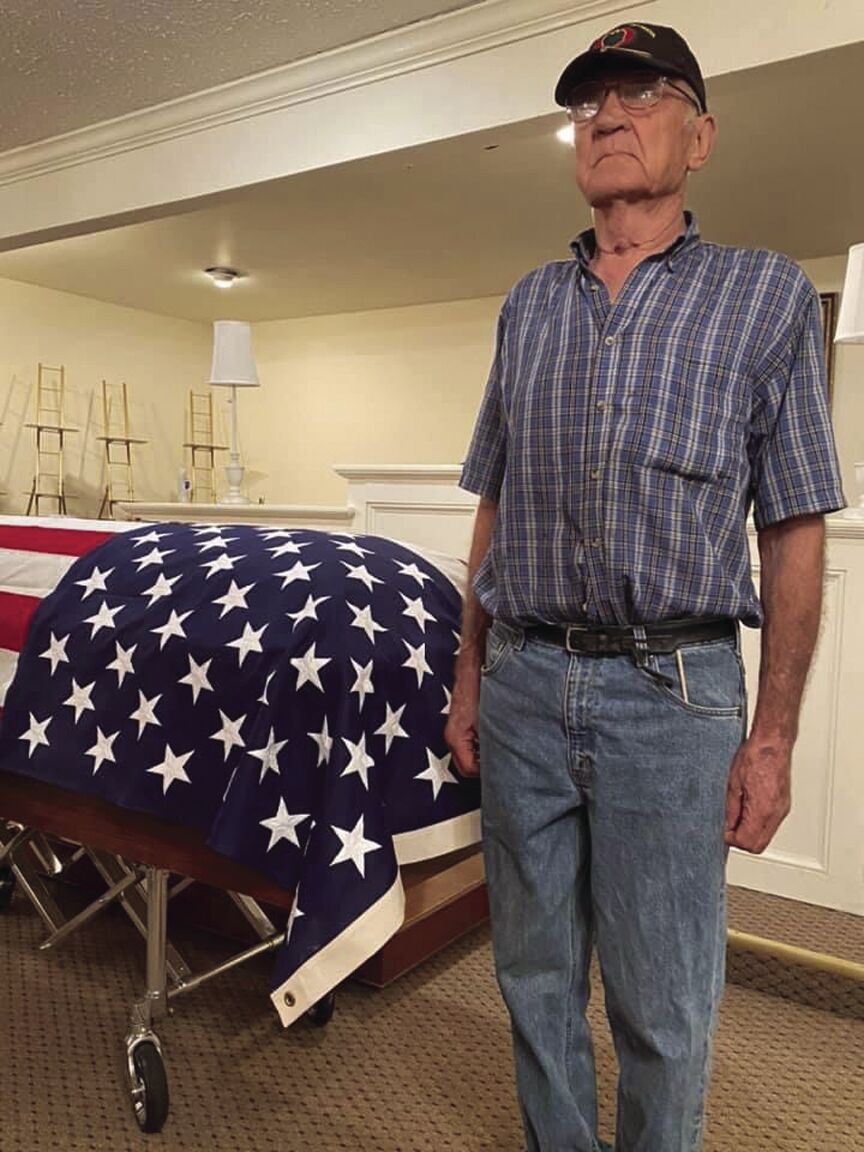 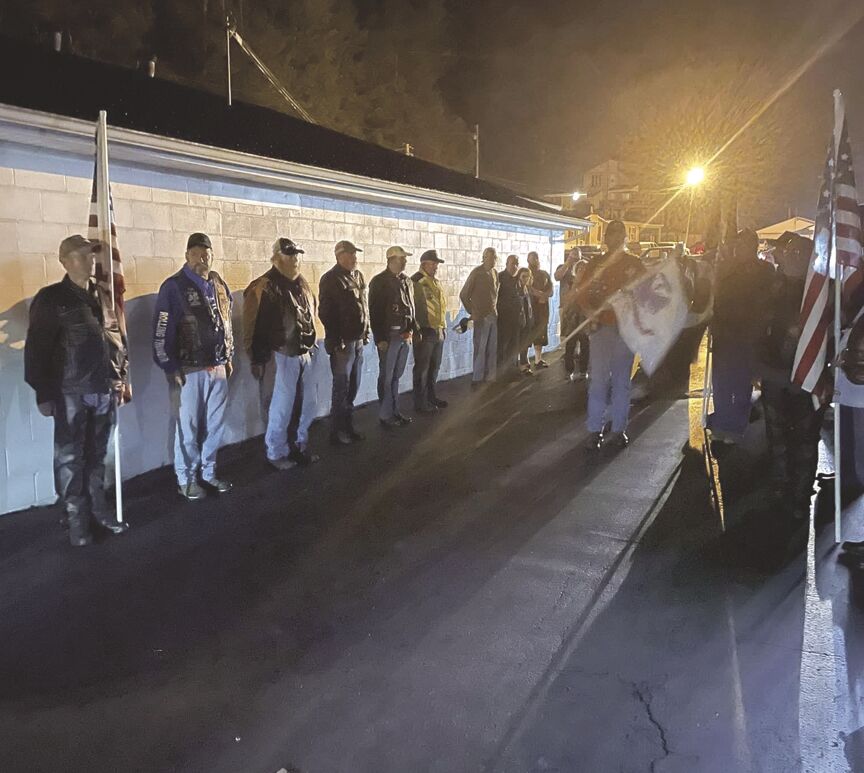 Members of the Rolling Thunder advocacy and honor group line up to see PFC Berton McQueen safely into Lakes Funeral Home.  They escorted the body from Louisville Airport to McKee.

A milestone in the lives of the family of PFC Berton J. McQueen was reached this past Friday night as their beloved relative was finally returned to Jackson County Soil.

After years of trying to find, recover and identify his remains the tireless efforts of his relatives finally paid off this summer as DNA provided the last evidence needed to definitively say that the body of a soldier found buried in a garden in Clefcy, France was indeed that of PFC Berton J. McQueen.  He had been killed in combat but lost to his family until now. After the identification was made no effort was spared to make arrangements to bring this young man home.

Rolling Thunder met the family at the airport in Louisville and escorted Berton and his family all the way to Jackson County. The hour was late but Jackson County citizens still came out to line the streets of McKee and welcome their fallen soldier home. Over 78 years after he left his home town of Wind Cave, KY to be inducted into the army, Berton J. McQueen came home to a heroes welcome.

That welcome will continue this coming Saturday, October 18th with ceremonies at the Jackson County Veteran’s memorial in McKee. McQueen’s remains will lie in state at the memorial from 10:00 a.m. to 2:00 p.m. before being escorted to the Wind Cave Church and Cemetery, which will be his final resting place.  It was the church he attended in his youth so it is fitting that he will return there in death. Funeral services for Private First Class (PFC) Berton J. McQueen will begin at 10:00 a.m., Saturday, October 16, 2021 at the Veterans Memorial Park in McKee, KY. Immediately following the funeral the public is invited to pass through the Veterans Memorial and pay their respects to PFC McQueen. At 2:00 p.m. the funeral procession will travel to Wind Cave Cemetery where PFC McQueen will be laid to rest with full Military Honors. Parking at the Wind Cave Cemetery is very limited so please carpool as much as possible.

The Jackson County Fiscal Court has declared Saturday October 16th, 2021 as PFC Berton J. McQueen day and everyone is welcome to join the family and friends in the celebration of his homecoming. When the procession leaves McKee to begin the final leg of the journey, flags will be made available for those who wish to be ready to honor PFC McQueen along the route when the procession turns at Highway 89 on their way to Wind Cave.

Welcome home, PFC Berton J McQueen, on behalf of a grateful family, a grateful county and a grateful Nation.

Why Should Kentuckians Care About Redistricting?

“A Candle of Love”

Kentucky’s Coronavirus Infection Rate Jumps to 16th Among the States