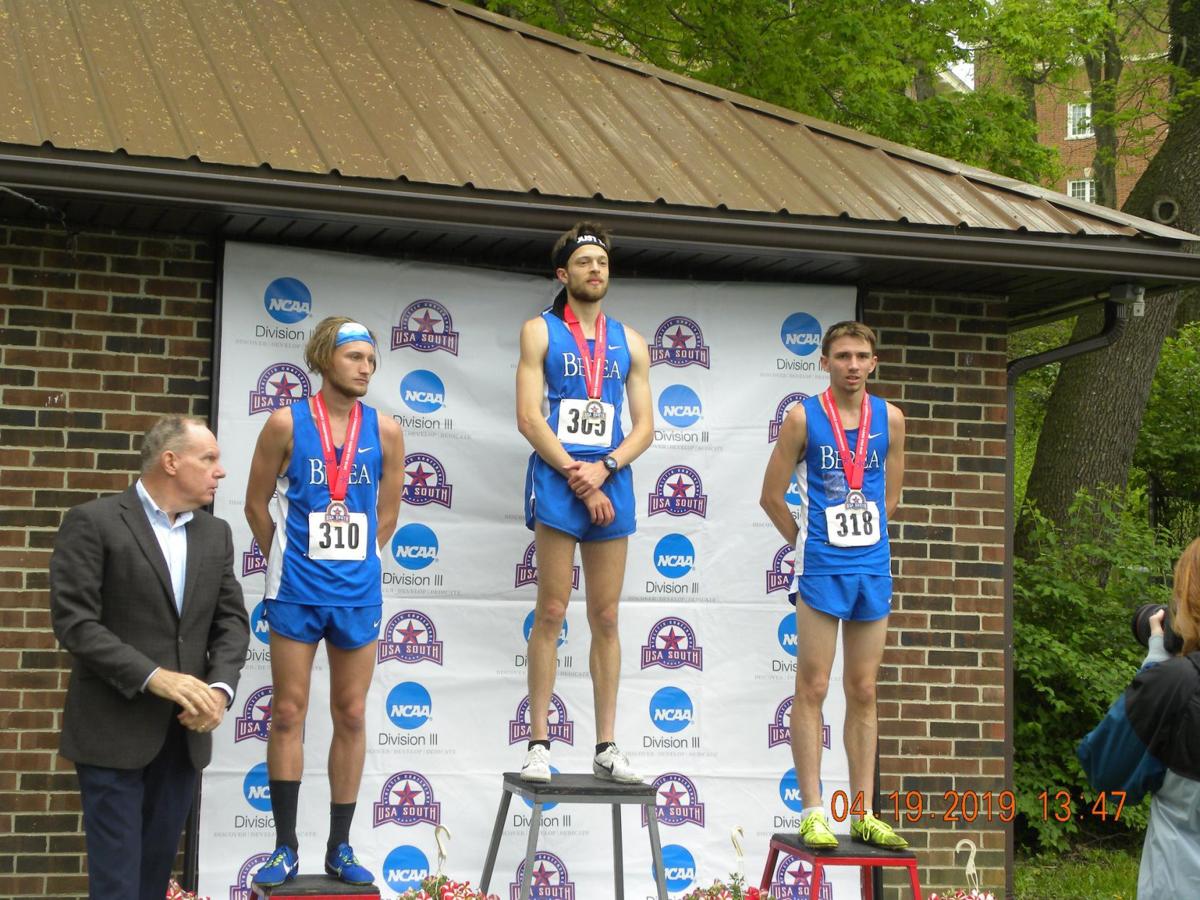 Landon excelled while competing for the Berea College Track team. 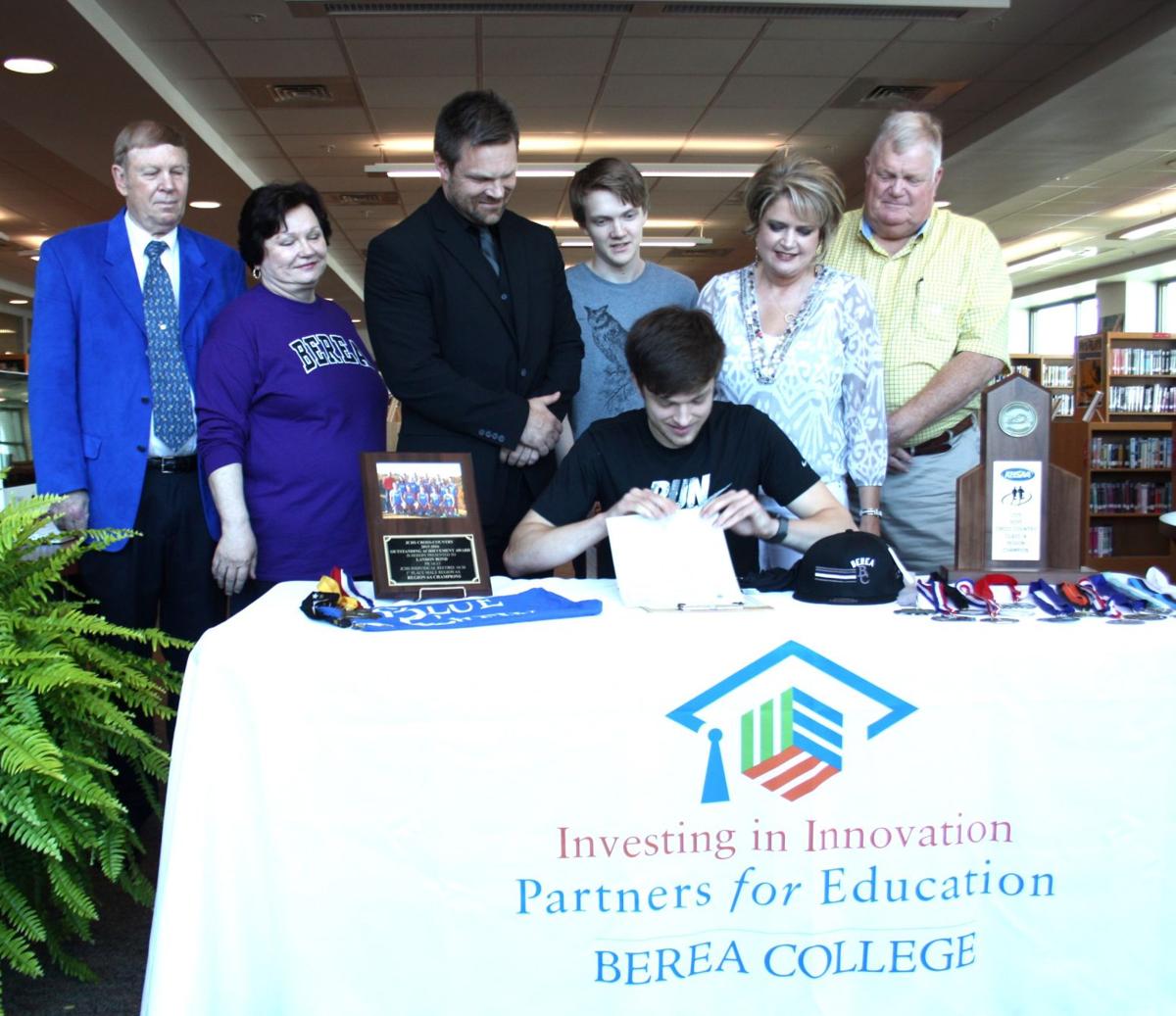 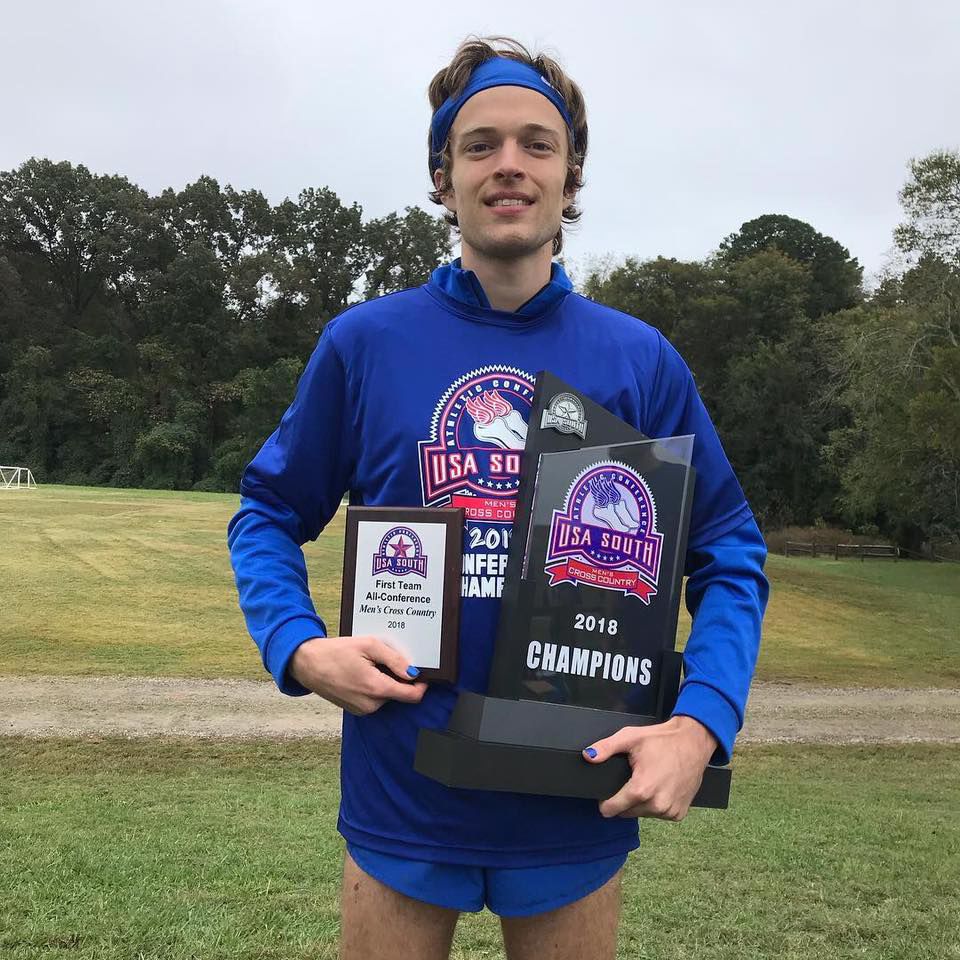 Landon Bond will always be remembered as a Champion!!!

The community is trying to process the unexpected loss of one of our best. Laurel County police received a call of an unresponsive person off Sasser Road about ten miles east of London early last Sunday morning. The person found was identified as 22-year-old Landon Bond. Bond had distinguished himself as a stand-out athlete for the JCHS (Class of 2016) where he excelled on the Cross Country team. Bond broke the JCHS record for cross-country twice in his high school career. He led the Generals to their first regional victory as a team and was the first JCHS General to win the regional competition as an individual. Landon helped his team win two consecutive regional titles. He also set the school record for a 5K at 16:36 minutes. Generals Coach Jerry Vickers adulated, “Landon’s degree of dedication and commitment and his teamwork have been extraordinary. He ran when no one asked and he was always a good teammate.” In May 2016 Landon signed an agreement to run Cross-Country and participate in Track & Field for Berea College, an NCAA Division III institution. In the 2017 and 2018 seasons at Berea College, Landon earned membership on the First team All-Conference. He ran the 8K (4.97 miles) in 25:59. His time averages 5:14 per mile. Landon also participated in the Spring Track and Field events at Berea College. During the 2017 track season, he won the 10K Regional, Centre Twilight 5K at 15:45, and in 2018 at the Ky. Track and Field Invitational at the University of Kentucky he won the 5K with a time of 15:24 (over a minute faster than his JCHS school record!) .

His family said Bond decided to skip the fall semester at Berea College, where he competed in track and cross country and was pursuing a degree in Education, when he became ill. He was also recently diagnosed with heart irregularities.

“Running was a way that gave him an escape, acceptance, away for his competitive nature to come out,” reported Brian Bond, Landon’s father. “It’s hard to sum up your son. A wonderful young man, very gentle, loved to debate, loved the underdog. Loved to run.”

It was reported that Landon was at a friend’s house late Saturday night playing video games when something happened. “At some point during the night, Landon suffered an emergency. An ambulance had to be called,” Brian Bond reported. Bond was taken to St. Joseph Hospital in London where he was pronounced dead.

While no foul play is expected, an investigation is ongoing to determine the cause of death.

According to Facebook posts, Landon was a member of the Jackson County Run Club. They wrote following the report of his death: “Our county and running community has lost someone so special this weekend. Landon Bond was an amazing runner and even more amazing person. He ran his heart out for the school and county he loved. He worked hard to become one of the best high school runners in the state and then to be one of the best collegiate runners in the country. We will miss watching him cross the finish line and then waiting another 2 minutes for the next person to cross.” They continued: “My favorite Landon Bond story would happen just this past week. Landon hasn’t been able to run due to illness recently. But that didn’t stop him from supporting our cross country team. He has been at the last couple of races and practices ready to cheer and help in any way he could. We have had a lot of success in cross country the last few years and Landon wanted that success to continue. He has always been so supportive to our young runners and those that are just starting out. The cross country team had a particularly tough workout just this past Thursday. And there was Landon at the mid-point of their run, standing in 90+ degree heat encouraging them on with each repetition they did. I know what the letters “R.I.P.” usually stand for, but for Landon I’m officially changing it to “Run in Peace.” You will always be on our minds and in our hearts, Landon.”

His aunt Gwenda Bond wrote: “My nephews are both exceptional young men who I love dearly. The universe has a hole in it suddenly without Landon, who passed away. Thanks so much to everyone for holding us in your hearts right now — not just Christopher and me but my parents, my brother and his family, Landon’s brother Parker, his other family and friends. I’ll have more to say about the kind of person Landon was, but the most important thing is: good. He was such a good person. He will be deeply missed by all of us forever.”