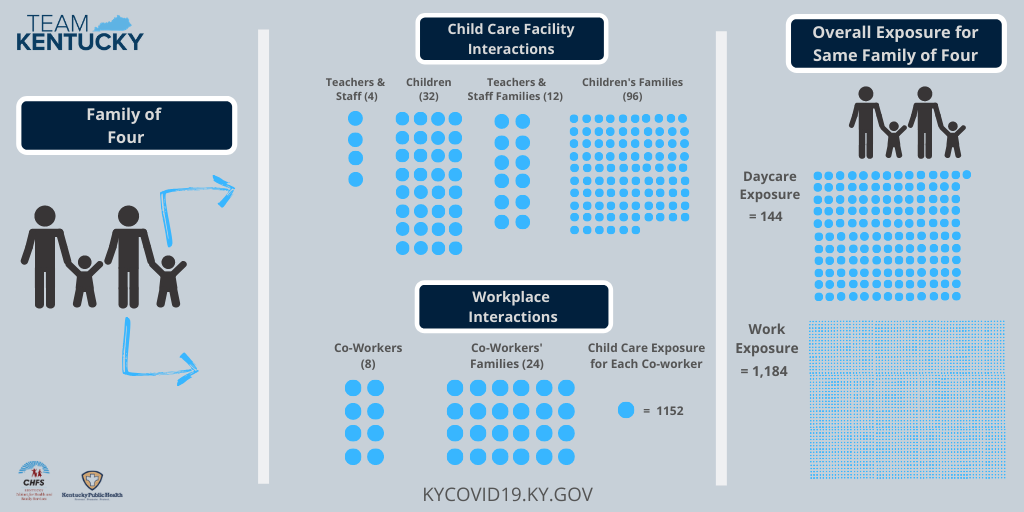 Kentucky's coronavirus cases remain at a plateau, and Gov. Andy Beshear said they may not show the two-week decline that federal guidelines say should precede reopening of some businesses -- which he has scheduled to start in less than two weeks, on May 11.

Beshear's first benchmark for reopening is "14 days where cases are decreasing," but he has said that doesn't mean a decline each day. His benchmarks follow the federal guidelines, which call for "Downward trajectory of documented cases within a 14-day period" or "Downward trajectory of positive tests as a percent of total tests within a 14-day period." He gives new case numbers daily -- there were 174 yesterday -- but not the positive-test percentage.

Asked at his daily briefing Thursday if the state would see "a two-week decline" by May 11, he said, "The answer is maybe. We believe that we've been holding steady on overall numbers despite there being more testing, and that is with us now testing more people in populations such as long-term care facilities," where cases are more prevalent.

"What I believe is that by doing a very gradual and phased re-opening with strict guidelines, that we can do it safely at a time that we know where the contagion isn't increasing, that we are not on the increase," he said. "And I believe that we will see that we are on the decrease in May."

Beshear has generally scheduled reopenings for several days in May, while reserving the right to change the schedule. He indicated that his decisions are based in part on watching trends in other states.

"We have now been plateaued for about three weeks, and if we are running a couple of weeks behind other places, I think that they are seeing their numbers changing, changing gradually," he said. "Again, we wouldn't be doing it if we didn't think it was safe -- and everything is dependent on the virus."

The only time-related graph the state has on its kycovid19.ky.gov website is an epidemic curve, showing the first onset of symptoms among people who have tested positive for the virus, and it notes, "Illnesses that began within the last two weeks may not be reported," because of delays in reporting by laboratories.

Apparently referring to case numbers, Beshear said, “For about the past three weeks, we’ve been in generally the same area. That is good news when we look at something that would otherwise spread more quickly.”

But to limit the spread as normal activities resume, he said every business that plans to reopen must open in phases, allow for social distancing, make daily onsite temperature checks, enforce mask wearing, provide access to personal protection equipment, and make special accommodations for those who need it.

"These are things that allow us to start re-opening our economy, even in a time where we are facing a worldwide pandemic," he said. "These are things that keep us healthy. Let's buy into them, let's not push back on them, let's say that this is what it takes to make sure we can go back to work and not cause a spike in this virus, and that's what we ought to want to do."

He reiterated that day-care centers could not re-open and showed graphics of how doing so would greatly increase the numbers of contacts each person would have if they were allowed to, which he said greatly increases the risk of spreading the virus. Health Commissioner Steven Stack said it will not be possible to open public swimming pools in the early part of summer, and beyond that, it's too early to say. Beshear added that this includes any communal pools, such as those in apartment complexes.

"There is just almost no way you can put together a whole bunch of kids and people at a public pool and not have folks socializing and violating the social distancing rules of greater than six feet," he said.

The state's quarterly budget report shows that due to the economic impact of the pandemic, Kentucky is facing a budget shortfall of upwards of $319 million to $496 million, and a Road Fund shortfall of up to $195 million, for the fiscal year that ends June 30. Beshear said all governors have urged Congress to provide relief to both states and local governments, and he discussed "some of the numbers" Thursday with Senate Majority Leader Mitch McConnell, who first rejected "revenue replacement" for states but now seems to have opened the door to it. Beshear said, "He said he understood, and that there were more discussions going on in Washington D.C., but he heard me out."