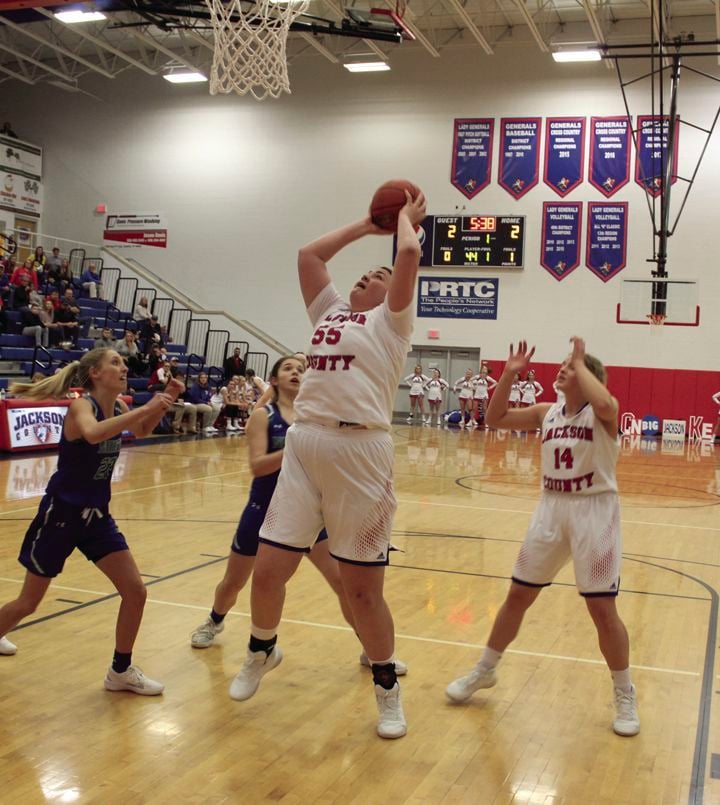 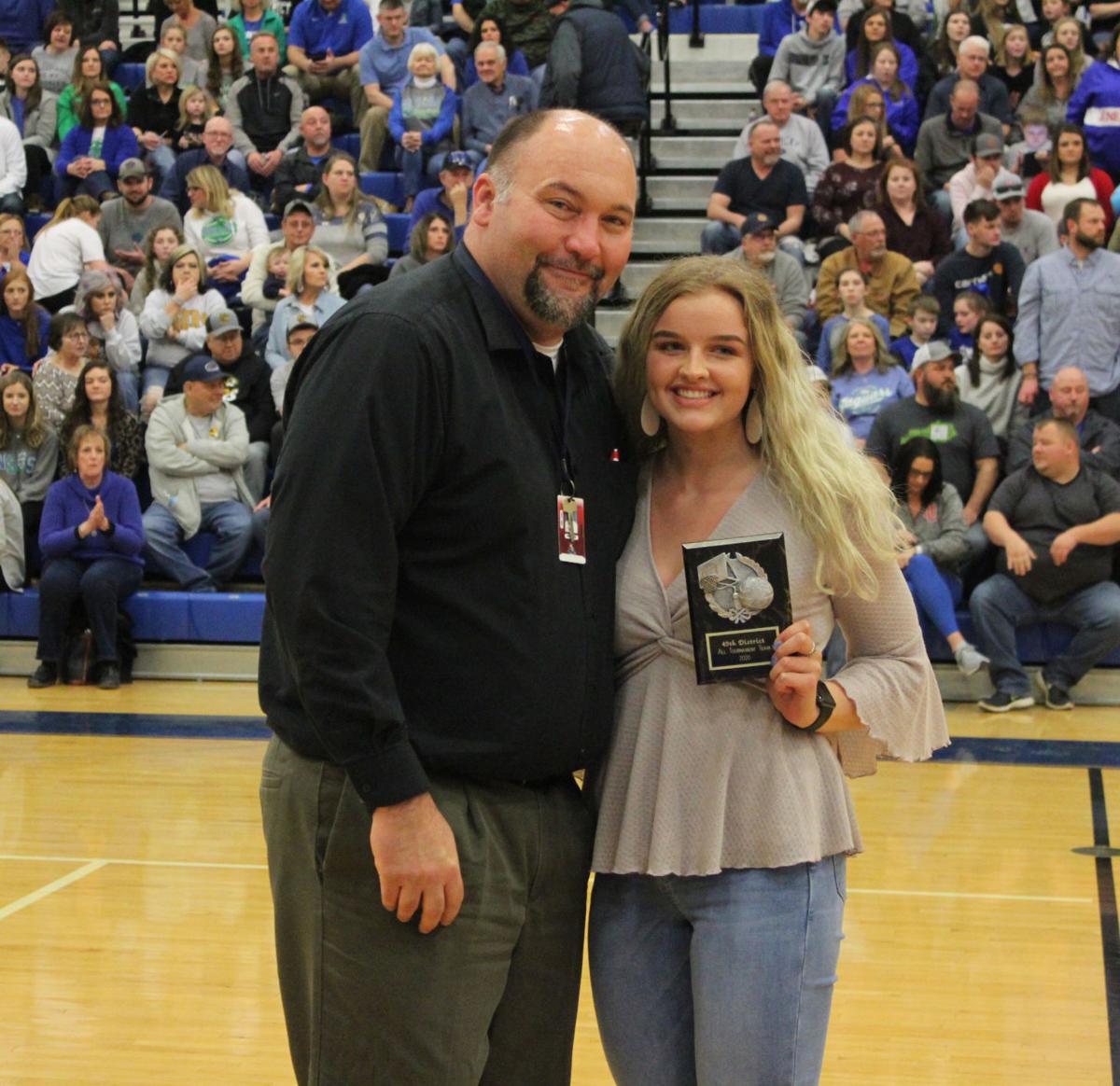 Senior Taya Davis was selected to the 2020 49th District All-Tournament team! Davis was also recognized as being tied for the 7th all time leading scorer for the Lady Generals with over 1700 career points!

The JCHS Lady Generals hosted the Clay County Lady Tigers in their first action of the 2020 49th District Girls Basketball tournament on Tuesday, February 25th, 2020. The Lady Generals were fresh from winning their last regular season game against Pineville and establishing the best record (22-8) for any Girls’ basketball team in the history of the school. In a game prior to that the Lady Generals had beaten the Clay County Lady Tigers at home in an overtime thriller (58-57) so the 49th District matchup promised to be a good one. The quality of the game did not disappoint…despite the outcome.

The game was a low scoring affair with great defense played on both ends of the court. After one quarter of play neither team had score double digits with the score 4-8 in favor of the Lady Tigers. The two team played evenly during the second quarter with each team scoring 16 points each. Kaylee Mathis of the Lady Tigers hit four (4) three-pointers in the second quarter to help them maintain their four point lead going into halftime (20-24). (Mathis ended the game with a total of 20 points including 6 three-pointers.)

The Lady Generals came out of the locker room with renewed energy and held Clay County to only three points during the 3rd quarter. They home team managed to score 10 points during the 3rd period to take the lead (30-27) as the game went into the final stanza. The score was tied 35-35 with just over a minute to go in the game with Clay County having possession of the ball. A foul sent the Lady Tigers to the line where Courtney Jones managed to hit one of two free throws giving her team a 1 point lead (35-36) with 18.9 seconds to go. The Lady Generals had one last shot to win the game but it fell short. This ended an historic season for the Lady Generals with a final record of 22-9. Taya Davis led the Lady Generals scoring 10 points, followed by Amber Creech with 9 points, Natalie Carl (6 pts), Emily Rose (4 pts), Kenady Ward (4 pts), and Eden Lakes (2 pts).

We are all very proud of our Lady Generals! What a season!! They represented themselves, their team, their school, their families, their friends, and their community with class and excellence!