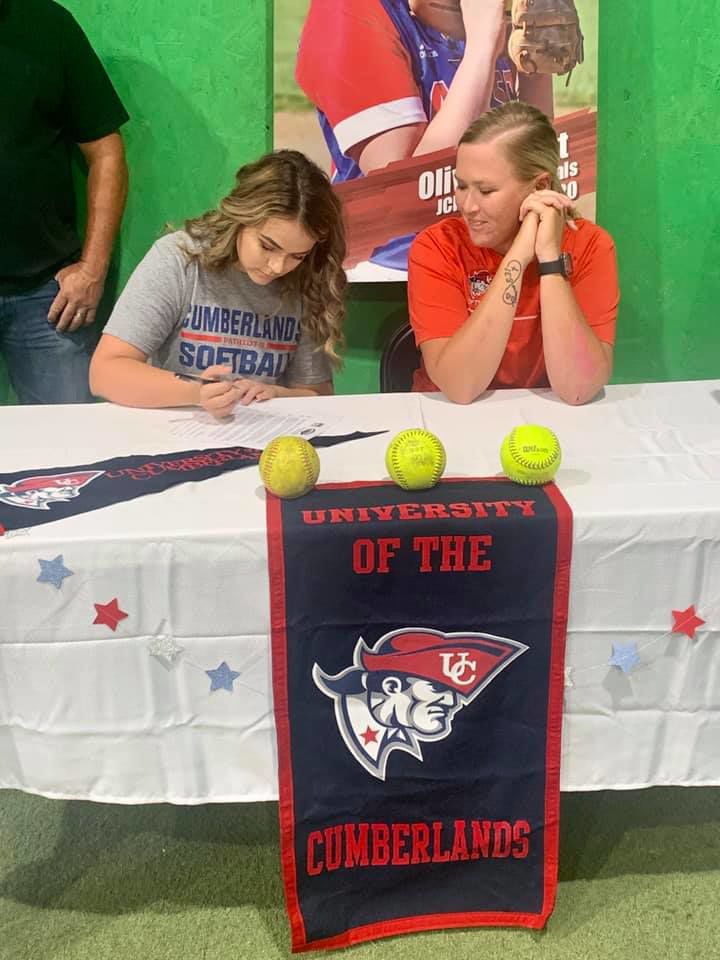 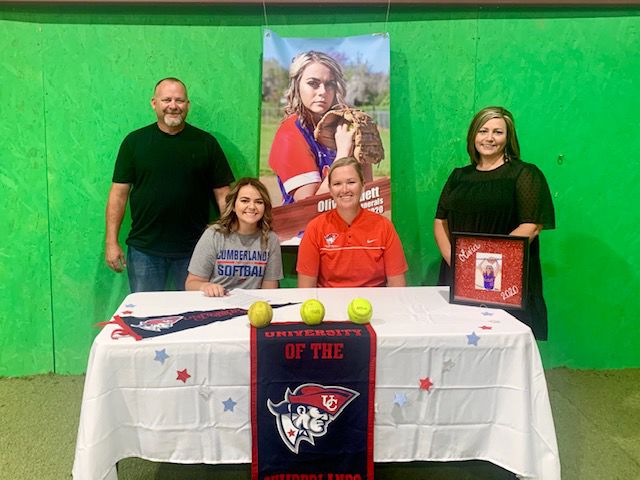 Last Sunday, Olivia Truett (JCHS Class of 2020 and former Lady Generals Pitcher), daughter of Mike and Jennifer Hacker Truett of Tyner, KY signed her letter of intent to attend and play softball for the University of the Cumberlands Patriots. Truett said, “It means so much that I get the chance to play softball for the University of the Cumberlands. It has been my dream to play softball in college for as long as I can remember. I am extremely thankful for all of my school, travel ball, pitching and hitting coaches for pushing me and believing in me. Playing for Jackson County High School and my travel team has brought me lifelong friendships. I love everyone I have met along this amazing journey and I will forever be the high school’s biggest fan. I couldn’t have done this without my amazing parents who have pushed me to be the best that I can be. My advice to all the younger girls who also want to play softball in college chase your dreams and always believe in yourself. While playing softball for the University of the Cumberlands, I will be pursuing a major in Elementary Education and minor in Special Education.

Joining Truett and representing the Patriots was their Head Coach Bailey Dillender. Dillender completed her fourth season as head coach of the UC Softball Program after being hired in June of 2017. She is the third head coach in program history and is coming off one of the program's most successful seasons.

Last season, Dillender guided the Patriots 32-21 record, including a 17-11 record in the Mid-South Conference, to enter the 2019 Mid-South Conference Tournament as the third-seed. The Patriots notched several milestones including the 32 wins being the most since 2001, their most conference wins (17) since 2002, and their first winning season since 2008. Dillender was named the MSC Coach of the Year. Coach Dillender and the U of C Patriots have selected a real winner when they chose Olivia Truett! Congratulations!

Governor: 'Folks, this is serious'