LEXINGTON, Ky. (KT) — Coach John Calipari put his top rebounder through a shooting drill in practice recently to see how many shots Oscar Tshiebwe could make in a five-minute span.

By the time he was finished, Tshiebwe made 87 consecutive shots and it was the most, Calipari said, since former guard Kyle Wiltjer connected on 89 straight during a five-minute drill. Instead of rebounding, Tshiebwe focused on his mid-range jumper and it resulted in another big game with 24 points and 16 rebounds in 13th-ranked Kentucky's 80-55 victory over Mount St. Mary's on Tuesday night in Rupp Arena.

Instead of focusing on rebounds after a win over Robert Morris last week, Calipari “added some stuff for him to shoot jumpers, which is what we did.”

He made shots and didn't miss many of those attempts Overall, he took 14 shots and made 11 field goals, while also blocking three shots on the defensive end of the court.

“He made baskets (and grabbed rebounds),” Calipari said. “That’s how he’s got to play. I told him to just go play and he had energy.”

He led the Wildcats with a double-double for the third consecutive game.

“It was good because people wanted me to shoot the ball,” he said. “They know I can shoot the ball, but in the game, I was shooting with confidence.”

Once he got going, he was hard to stop. Tshiebwe scored six of Kentucky’s first eight points and had 14 points and seven rebounds at the break. He picked up the pace on the glass in the second half and came within four rebounds of reaching his average through the first two games of the year.

“He shows the passion on both sides of the ball,” Kentucky freshman TyTy Washington said. “Everybody on the team wants to get a few rebounds and I for sure want to get a few, and whenever he takes them, I have to be like, ‘yo, bro.’ In the game, he’s going to grab everything.”

Three games into his first season, Tshiebwe has grabbed 56 rebounds and opened his Kentucky career with three straight double-doubles, the first Wildcat since Julius Randle opened his career with seven consecutive double-double performances nearly a decade ago. Tshiebwe's three-game total to open the season is the most since at least the 1956-57 season. 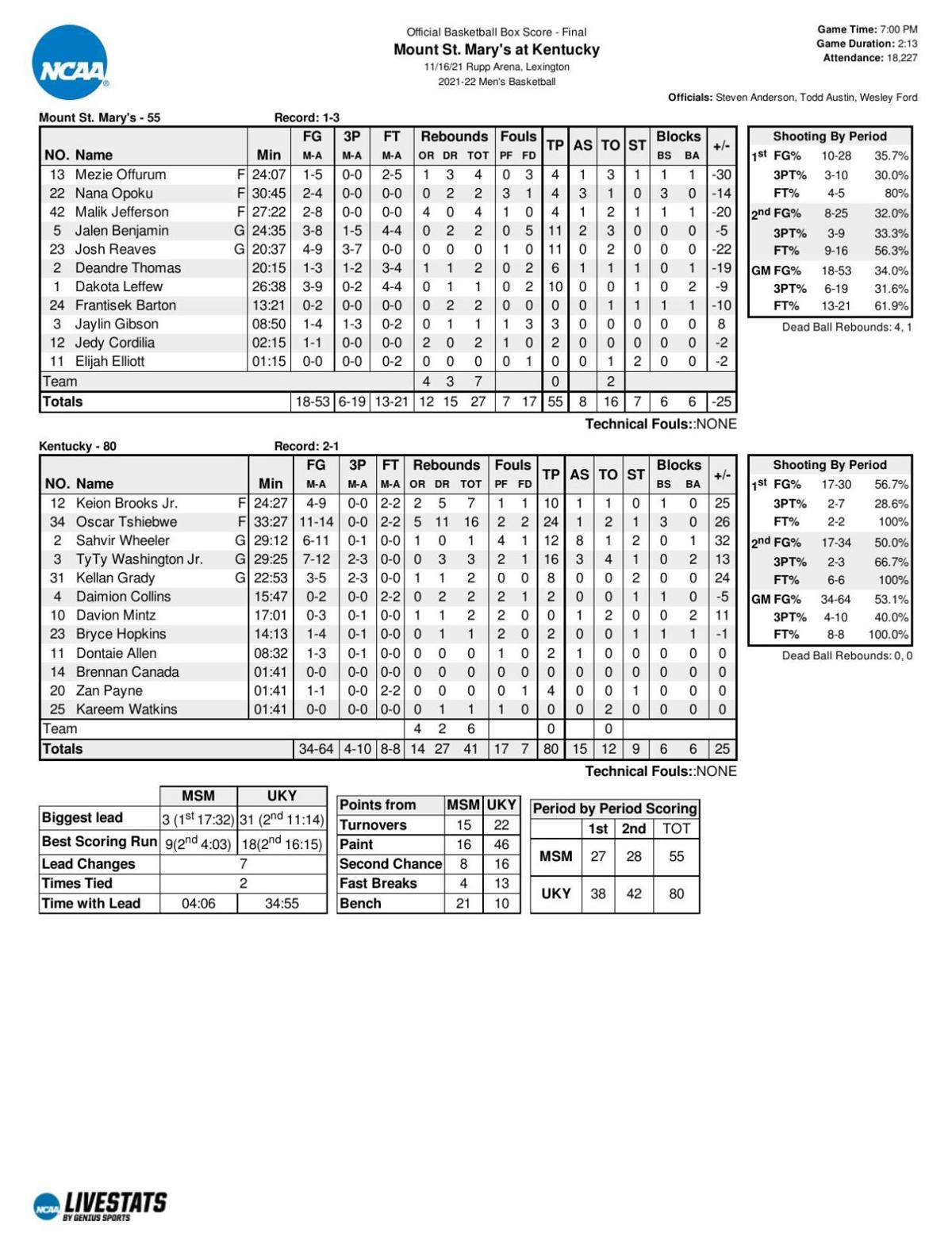 “That motor that he has is just different,” he said. “Averaging 11 (in the first two) games is no fluke. I didn’t expect him to knock down every mid-range shot and he got hot early. He is a force down there. … He really has a knack for finding the basketball. He’s an elite rebounder and that really helps this Kentucky team.”

Tourism was the Talk of the November City Concil Meeting