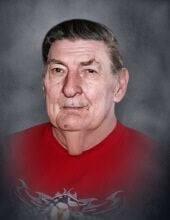 Arnold was born in Clay County, KY on May 14, 1936, a son of the late Steve and Etta Rawlings Brumley.

He is also survived by three sisters: Annette Bailey of Fruitland Park, FL, Naomi Sizemore of Manchester, and Evelyn Creech of Tucson, AZ.

Services will be held at 2:00 PM on Wednesday, July 29th at Britton Funeral Home in Manchester, KY, with Scotty Jewell officiating. Burial will follow at the Engine Cemetery in Manchester, KY.

Visitation will be held from 1:00 PM to 2:00 PM on Wednesday, July 29th at Britton Funeral Home in Manchester, KY.

To send flowers to the family of Arnold Brumley, please visit Tribute Store.
We need your support

Tennessee Aquarium, IMAX Offer Half Off Admission for Scouts in August