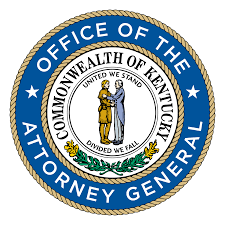 “We made a promise to Kentuckians that questions and concerns raised about search warrants would be thoroughly considered, and today we’re delivering on that promise by launching the Search Warrant Task Force,” said Attorney General Cameron.  “We’ve assembled a group representing every aspect of the search warrant process to conduct a top to bottom review and provide recommendations. Our goal is to establish Kentucky as a national model for how search warrants should be pursued and executed. It is my responsibility as Attorney General and the Chief Law Enforcement Officer to bring this important group together, and we look forward to soliciting input from Kentuckians as we undertake this process.”

In reviewing the search warrant process, the task force will be asked to consider law enforcement’s role in advancing public safety along with the personal protections guaranteed to citizens by the Constitutions of the United States and the Commonwealth.

The task force will be chaired by the Attorney General’s Office and will consist of the following members:

Each organization has been asked to submit the name(s) of those who will serve on the task force no later than February 5, 2021.

The task force will convene as often as necessary to examine the search warrant process, solicit public input, and develop recommendations.  Meetings will be accessible to the public, consistent with current COVID-19 health guidelines.  The task force is expected to conclude its work no later than December 31, 2021.  The first meeting of the task force will be set in the coming weeks.