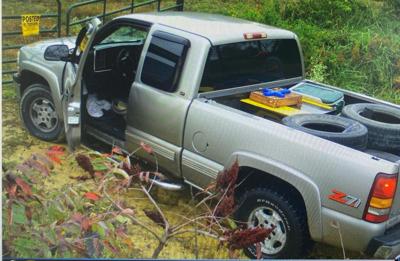 Laurel Sheriff's Detective Taylor McDaniel along with Detective Robert Reed, Deputy Daniel Reed, and Deputy Hobie Daugherty arrested Jason Simpson age 38 of Barbourville, KY on Sunday night October 11, 2020 at approximately 10:29 PM. The arrest occurred or approximately 5 miles South of London after this subject was found on a property not his own allegedly stealing industrial hemp. While the investigation was being conducted, this individual gave a fictitious name to Sheriff's investigators. In addition, this subject was wanted on an outstanding warrant. Jason Simpson was charged with theft by unlawful taking $500 or more but under $10,000; criminal trespassing – third-degree; giving officer false identifying information. In addition, the subject was charged on a Whitley District Court bench warrant of arrest charged with failure to appear in court on charges of public intoxication – controlled substances; contempt of court.