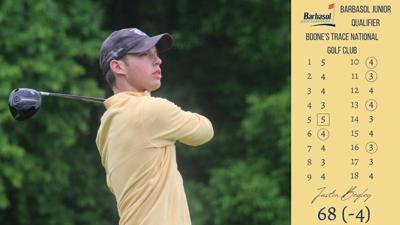 (LEXINGTON, Ky.) – Tiger Golf continues to shine brightly, as Senior golfer Justin Begley competed and won the Barbasol Junior Championship Qualifier. Begley finished after posting a 68 in his first round, followed by 66 in the 2nd.

Justin will now look ahead to compete in the Barbasol Junior Championship that begins on June 28th.