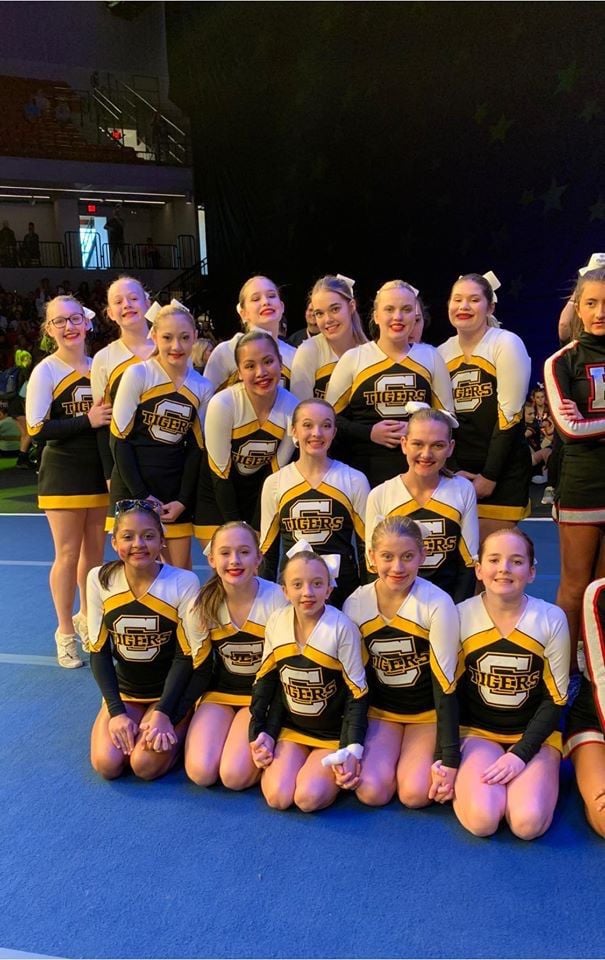 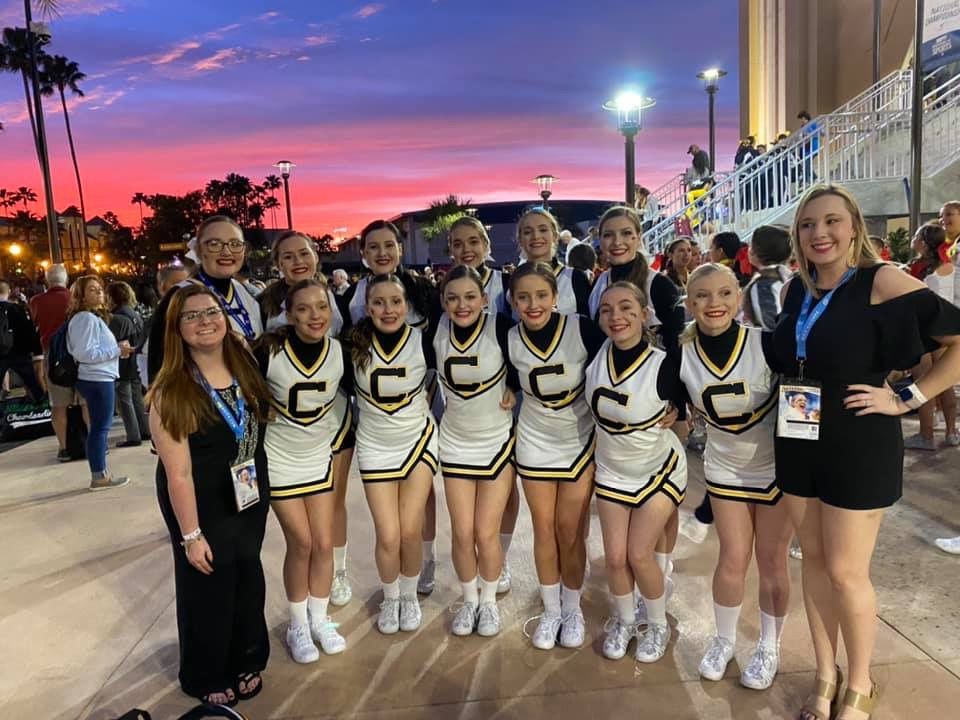 (Orlando, FL) – Clay County High School cheer has finished fourth in the nation! Clay once again traveled south to Orlando for the UCA Cheerleading Nationals, competing three times in one day to bring home more hardware. This was their first time in the Game Day Division. Coach Caitlyn Gregory called it a success. “This team made Clay County history by being the first team to ever come down and hit more than one zero deduction routine, doing it three times in one day!

The Tiger Cheer team competed for pre-lims at 10:15am, semi-finals at 6:00, and then their final routine at 10:58PM. “This bunch may have slept on the floor before finals, but you wouldn’t have known because our routine was PERFECT,” said Gregory. “These kids are troopers. As coaches, we couldn’t be more-proud.”

CCMS Cheer also flew down to Orlando to compete, bringing home silver and bronze medals in their respective division. Tiger Cheer Coach Cameron Gregory says the trip was another great one. “19,848 athletes, 950 teams all chase after a white jacket,” said Gregory. “It can’t be obtained by all. We are still very proud to bring home a bronze medal for NHSCC and a silver medal for WSCC. These kids competed collegiate level skills flawlessly and had some of the most difficult stunts at the championship.”

Both Cameron and Caitlyn are spearheading the Cheer program, taking it to heights that only many dreamed it would reach. “These girls never cracked under the pressure and rolled with the punches day after day,” said Cameron. “One performance will never define us. We are a team, we are amazing, and we are champions.”