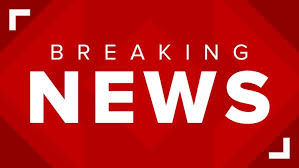 Stay home, do not congregate, practice social distancing. Phrases we are hearing over and over from Governor Andy Beshear in his daily press conferences.  Are people listening?  It doesn’t appear some Clay County citizens are.

The Enterprise has received several emails and messages from citizens giving examples of people gathering in large groups at Wal-Mart and grocery stores and local churches conducting services with members in attendance.  Each message repeated a similar message as they described it as “social gatherings” at businesses.

One reader wrote- “You would think it was a holiday by the way people are acting in public.  They will stand in aisles talking for lengths of time with others joining in.”  Another wrote, “If this doesn’t stop we will see everything close because people are not doing what needs done.”

The Enterprise recently made several trips to area businesses to see if what was being reported is actually happening—it is.

Individuals are spending prolonged amounts of time socializing in several businesses that are considered essential by Gov. Beshear.  It’s a practice the Governor says that needs to stop immediately or more restrictions could be coming.

“This is a test of our humanity – about how much we care about each other. I am doing everything I can to make sure we pass the test and I know you are, too,” Gov. Beshear said. “The next two to three weeks are absolutely critical to what they call blunting the curve. This is the time where our actions mean the most in not spreading the virus. It’s going to take however long it takes to defeat the coronavirus the first time.”

Other readers also told of people planning birthday parties for children and adults, another activity the Governor says that needs stopped immediately.

“You are endangering the lives of everyone by having large groups together,” Beshear has said.

In an effort to stop such gatherings, the Governor is asking mayors and county judge-executives across the state to start monitoring people gathering in public places.

“I am asking mayors and judge-executives to monitor people gathering in public places such as parks and stop them if people are not practicing social distancing and risking the spread of COVID-19,” the Governor said Thursday in his press conference.

Messages received at the newspaper identified several churches that chose to have services on Sunday, an action that was in direct violation of the Governor’s mandate and one that has led to quarantines of members at two Pulaski County churches.  The newspaper is choosing not to identify those churches in hopes they will follow the lead of many others and conduct on-line services.

The state also has a hotline number if you see non-compliance in the mandates and a new website.

Gov. Beshear announced the COVID-19 Reporting Hotline (833-597-2337) that will investigate complaints about non-compliance with coronavirus mandates. Labor Cabinet personnel will monitor the hotline from 7:30 a.m. to 9 p.m. ET. A new website where Kentuckians can visit to make online complaints is kysafer.ky.gov.