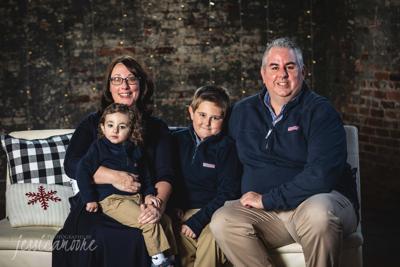 A Clay County native is in charge of the state’s Office of Trafficking and Abuse Prevention and Prosecution (TAPP) campaign through Attorney General Daniel Cameron’s office.

Heather Roberts Wagers, wife of fellow Clay County native Travis Wagers and daughter of Wayne and the late Woody Roberts of Manchester, is the Executive Director of the Attorney General’s TAPP program.

The statewide media campaign, launched on National Human Trafficking Awareness Day and during National Slavery and Human Trafficking Prevention Month, utilizes traditional and digital communication platforms like billboards, social media, radio, and print publications to reach citizens in all 120 Kentucky counties, while targeting regions at an increased risk for human trafficking. The campaign aims to shatter victim stereotypes and raise awareness about the signs of trafficking and reporting methods.

The Attorney General’s campaign will also include resources to assist community educators, law enforcement officers, and faith-based leaders in recognizing the signs of human trafficking.

Funded by a grant from the Department of Justice’s Office of Community Oriented Policing Services (COPS), the initiative compliments the passage of House Bill 2 by the General Assembly during the 2020 Legislative session, which armed the Attorney General’s office with new ways to crack down on human trafficking.

The new law, which took effect on July 15, 2020, makes it easier for the Attorney General to prosecute traffickers and aids the office in raising awareness about human trafficking by requiring airports, truck stops, bus stations, and train stations to post signs displaying the National Human Trafficking Hotline number.

“This program is an incredible tool in our fight against human trafficking,” said House Majority Caucus Chair Suzanne Miles, who sponsored HB 2.  “We know that education and information build community awareness, and I appreciate the Attorney General and his staff for their work on this issue and commitment to seeing HB 2 implemented.”

“It’s common to assume that human trafficking is only an international problem, but the truth is it’s unfortunately happening right here in our community,” said Senator Wil Schroder, who carried House Bill 2 before the Senate last year.  “I look forward to continuing the fight against human trafficking in Kentucky with Attorney General Cameron. “

During a December 16, 2020 virtual training, the Attorney General’s Office updated 130 multi-disciplinary team members regarding policy reform enacted by House Bill 2, which aligned Kentucky’s human trafficking statutes with existing federal laws. Under the Your Eyes Save Lives campaign, the office will continue to provide training regarding these changes to prosecutors, law enforcement officers, advocates, and educators.

“I appreciate the hard work of TAPP Executive Director Heather Wagers for her work to ensure this campaign aligns with our ongoing efforts to mobilize Kentuckians to report trafficking and to prosecute those responsible for this heinous crime,” added Attorney General Cameron.  “I’m also appreciative to the Department of Justice and the COPS office for supporting our efforts by awarding this funding.”

Skidmore sworn in as newest BIS Board member