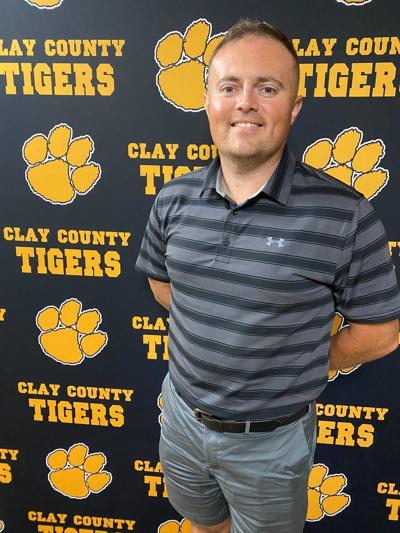 Clay County Lady Tigers Head Coach Gemma Parks and Clay County Middle School Principal Steve Burchfield are excited to announce that Tyler Culver has been named as the new head basketball coach of the Clay County Middle School Lady Tigers!
Growing up in Clay County, Tyler was and continues to be a huge fan of the Lady Tigers and Tigers basketball teams. While attending CCHS as a student, he was a manager for Donnie Gray’s and Ivy Burchell’s regional winning Lady Tiger teams, and while there, he realized he wanted to coach.
After graduating as valedictorian at Clay County High School in 2007, Tyler attended EKU and majored in education. In 2010, he assisted with the Clay County Lady Tigers Middle School team when they were coached by Missy Roberts and Jimmy Dezarn. From there, Tyler coached boys’ basketball at South Laurel Middle School from 2015-2017. While there, he coached teams that not only defeated several 13th regional middle school teams, but 95% of his players were on the honor roll.
Tyler returned to Clay County where he has coached at Burning Springs Elementary from 2019-2022. During his tenure at Burning Springs, he coached the varsity team to a county championship in 2021, and earned runner-up honors in the junior varsity divisions in 2020 and 2022.
On being named middle school head coach, Tyler said, “I am excited and honored to be the head coach of the Clay County Middle School Lady Tigers basketball program. I have always wanted the opportunity to be part of one of the greatest traditions in basketball in this state. I appreciate Coach Parks, Mr. Burchfield, and Mr. Nicholson for giving me the chance and their confidence in me.”