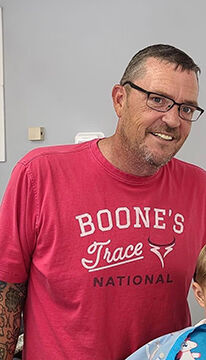 Douglas Delbert Saylor, 49, of Richmond, Ky., departed this life on Wednesday, October 7 at the Pattie A. Clay Hospital in Richmond.

Douglas was born in Lexington, Ky. on August 2, 1971 to Irene Lewis and the late Doug Saylor.

He is also survived by his mother, Irene Lewis and his two brothers, James Saylor and Brandon Saylor.

Douglas was blessed in this life by his two beautiful granddaughters, Hazilee Kate Maxie and Caroline Jubilee Maxie.

Douglas was a Master Barber and owned his own business in Irvine, Ky.  He was an avid golfer who enjoyed the outdoors spending time with family and connecting with friends who will miss him dearly.

To plant a tree in memory of Douglas Saylor as a living tribute, please visit Tribute Store.
We need your support