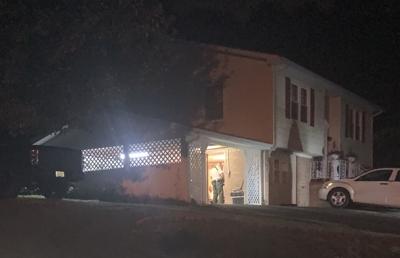 Laurel Sheriff's Deputy Bo Harris along with Deputy Tommy Houston and Deputy James Sizemore arrested Gilbert Ray Woollum age 62 of Corbin early Monday morning September 6, 2021 at approximately 2:49 AM. The arrest occurred at a residence off Lynn Acres Road, approximately 10 miles South of London after deputies were dispatched to a complaint that a male subject had fired a shotgun off in the vicinity of another male subject there. When deputies arrived at the scene and conducted an investigation they learned that allegedly the home owner had been drinking alcoholic beverages and had demanded that subjects that he had allowed to stay in the residence vacate the residence. The homeowner then allegedly retrieved a shotgun and returned to the immediate vicinity where a male subject was sitting in a chair and fired the shotgun through a door very near the male subject sitting there. Gilbert Ray Woollum was charged with wanton endangerment – first-degree and was lodged in the Laurel County correctional center. Photo of accused attached courtesy of the Laurel County correctional center. A shotgun was recovered at the scene. Photo of shotgun blast to doorway attached to this report.