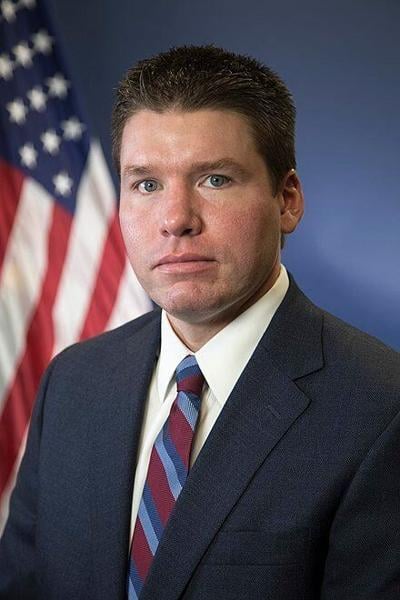 LEXINGTON, Ky. (KT) – Not long after U S. Attorney for the Western District of Kentucky Russell Coleman announced his resignation, effective Jan. 20, his counterpart who covers the rest of the state did the same.

U.S. Attorney for the Eastern District of Kentucky Robert M. Duncan, Jr., said his resignation will be effective at midnight, Sunday, Jan. 24, after which he will enter the private practice of law in Lexington.

“It has been a true honor and privilege to lead this Office, an office that has a demonstrated commitment to fairness and justice, and a long history of handling tough and important cases,” stated Duncan.  “I began my career in this Office nearly sixteen years ago as an Assistant United States Attorney and have been blessed to work with many talented and dedicated men and women along the way.  I would like to thank my colleagues in the Office for their hard work and commitment in support of our mission.  We are fortunate to have so many dedicated and professional attorneys and support staff, who make our Office successful.

“Throughout my career, I have also been privileged to work with our law enforcement partners at the federal, state, and local levels.  These brave men and women selflessly serve and protect the citizens of the Eastern District of Kentucky and beyond.  I have been honored to partner with them in the protection of the public and the pursuit of justice.”

“I am proud of the work we have undertaken during my tenure as United States Attorney – important work on behalf of the citizens of the Eastern District of Kentucky.  In partnership with our law enforcement colleagues, we have implemented efforts to reduce violent crime; we have fought to disrupt the flow of deadly drugs, including opioids and methamphetamine, into our communities; we have combatted fraud and public corruption; we have sought justice for victims; and we have endeavored to faithfully enforce the law.”

“We’ve implemented these efforts despite several challenges, including the longest federal government shutdown in history and a global pandemic that has upended our lives.  While there is always more to be done, I am proud of what we have accomplished.”

Duncan was appointed by President Trump as the twenty-third presidentially appointed United States Attorney for the Eastern District of Kentucky.  He was unanimously confirmed by the United States Senate, on November 9, 2017, and he was sworn in 12 days later.

As United States Attorney, Duncan also served nationally, as the Chairman of the Heroin-Opioid Working Group for the Attorney General’s Advisory Committee, providing advice and recommendations about policy initiatives to combat the opioid crisis across the country.  He also served on the Controlled Substances Subcommittee; the Management, Budget, and Personnel Subcommittee, and the Law Enforcement Coordination Subcommittee for the Attorney General’s Advisory Committee.

More recently, he served as a member of the Department of Justice’s eLitigation Steering Committee, working to enhance discovery practices and procedures across the federal law enforcement community, as a representative for United States Attorneys across the country.

“I am grateful for the opportunity to have served,” said Duncan. “While leaving the Office is definitely bittersweet, I am excited to start a new chapter.  I am confident that the Office will continue its outstanding work, enforcing the law and pursuing justice on behalf of the people of the Eastern District of Kentucky.”

The Eastern District of Kentucky encompasses the 67 easternmost counties in Kentucky, with a population of approximately 2.2 million; and includes the cities of Lexington, Covington, Frankfort, Ashland, Pikeville, Somerset, and London.  The U. S. Attorney oversees a staff of approximately 110, including 49 Assistant U.S. Attorneys, and is responsible for prosecuting federal crimes and defending the United States in civil litigation, in the Eastern District of Kentucky.