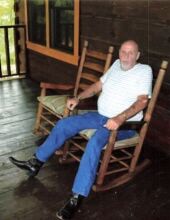 Edward W. Madden was born January 10, 1950 in Jackson County, Kentucky and departed this life Wednesday February 10, 2021 at the Baptist Health Hospital in Corbin, Ky., being 71 years of age. He was the son of the late Arnold and Martha (Lee) Madden.

Other than his parents he was preceded in death by one sister Colleen Reid.

Funeral services for Edward Madden were held Sunday February 14. 2021 at the Lakes Funeral Home with Bro. Gary Farmer and Bro. Shane Gabbard officiating with burial in the F. L. Montgomery cemetery at Tyner, Ky. Lakes Funeral Home in charge of the arrangements. www.lakesfuneralhomemckee.com

To plant a tree in memory of Edward Madden as a living tribute, please visit Tribute Store.
Help us serve you better!

Man charged over false report of girl swept away by flood