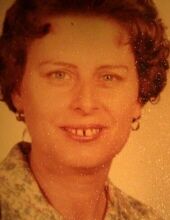 Fannie was born in Manchester, KY on April 1, 1933, a daughter of the late Mallie (Jones) and Bill Gray.

She is preceded in death by her husband, Owen Hensley.

Fannie is survived by her daughter, Carolyn Hensley of Manchester.

In addition to her husband and parents, Fannie was preceded in death by her son, Owen Hensley, Jr., by three infant children, and by the following brothers and sisters: Nora Lee Roberts, Sandlin Gray, A.D. Gray, Mary Sizemore, Flora Napier, and Janie Lovins

Services will be held at 2:00 PM on Friday, July 31st at Britton Funeral Home in Manchester, KY, with Wayne House officiating. Burial will follow in the Philpot Hensley Cemetery at Price Hollow.

Visitation will be at held 6:00 PM on Thursday, July 30th at Britton Funeral Home in Manchester, KY.

To send flowers to the family of Fannie Hensley, please visit Tribute Store.
We need your support

Tennessee Aquarium, IMAX Offer Half Off Admission for Scouts in August