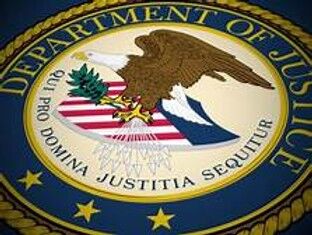 A guilty plea has been entered by a former deputy over child pornography.

According to Preece’s plea agreement, on November 5, 2018, he admitted to answering a call about a minor victim who was acting out of control at her residence and transporting the victim to a remote area in Bath County.  At the remote location, Preece admitted to sexually assaulting the victim and later asking for photos via Snapchat.  When reviewing Preece’s phone, law enforcement found multiple sexually explicit images.

Preece was indicted in April 2021.

The investigation was conducted by U.S. Secret Service and KSP.  The United States was represented by Assistant U.S. Attorney David Marye.

Preece is scheduled to be sentenced on February 1, 2022.  He faces a minimum of 15 years and not more than 30 years in prison, a fine of not more than $250,000, and a term of supervised release of not less than five years and up to life.  However, any sentence will be imposed by the Court, after its consideration of the U.S. Sentencing Guidelines and the federal sentencing statutes.

This case was prosecuted as part of Project Safe Childhood, a nationwide initiative to combat the growing epidemic of child sexual exploitation and abuse launched in May 2006 by the Department of Justice.  Led by U.S. Attorneys' Offices and the Criminal Division's Child Exploitation and Obscenity Section (CEOS), Project Safe Childhood marshals federal, state and local resources to better locate, apprehend and prosecute individuals who exploit children via the Internet as well as to identify and rescue victims. For more information about Project Safe Childhood, please visit www.projectsafechildhood.gov.