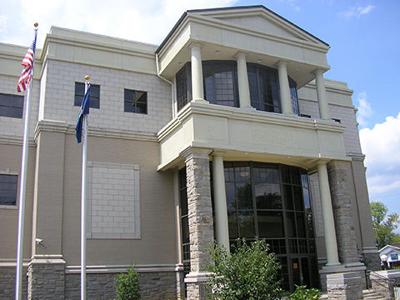 Hearings will be held for four people in high-profile cases that occurred in 2019 during Rule Day, Monday, January 6th.

Moore, 48, entered an Alford plea on the charges and will appear in court for final sentencing.

The trial for the two had finished the first day and attorneys for the couple notified Judge Oscar G. House the next day that they’d like to enter an Alford plea.  An Alford plea is a guilty plea in criminal court, whereby a defendant in a criminal case does not admit to the criminal act and asserts innocence.

-Gary Daniels, 32, of Oneida, was wanted on charges of attempted murder of a police officer, wanton endangerment 1st of a police officer (three counts), criminal mischief 1st, persistent felony offender, receiving stolen property and fleeing or evading police on foot and in a motor vehicle.

He will appear in court for a pretrial conference.

In January 2019, police chased Daniels into Oneida after he allegedly had stolen a truck.  Deputies Jeremy Gabbard and Brandon Edwards pursued Daniels to a dead-end road where he then allegedly used the truck as a weapon and struck both deputies vehicles to escape putting them in a life-threatening situation.

Daniels then exited the truck and ran through the Oneida Baptist Institute campus and jumped into the river.  The 6-2, 250lb Daniels proceeded to float in the flooded river for approximately three miles.

Police from several agencies followed along the riverbanks pleading the Daniels to surrender as they feared he would drown in the swollen river.

The flood waters became too much for Daniels to fight.  He finally made his way to the bank and collapsed from exhaustion and near hypothermia.

-Coy Wagers, 27, is set for a pretrial conference on Monday with his trial slated for January 16th.

On April 3, 2018, he allegedly committed the offense of theft of mail matter when he intentionally stole from the mailbox of Robert Griffin.  He also then attempted to use physical force and/or a threat directed to Griffin to influence his testimony.  Wagers is also accused of spit on the residence of Griffin and pointed at him indicating he wanted to fight with him and brandished a stick in a threatening manner.  During this altercation he also broke the flag on Griffin’s mailbox, according to the indictment.

-Angela Guth, 42, will appear for arraignment in the case of a child being burned by hot water.

Guth was indicted on criminal abuse 1st and wanton endangerment 1st.  The indictment stems from the case where a child in her care was burned as part of a viral ‘hot water challenge’ in June.  The indictment accuses Guth of criminal abuse as a child staying at her home was burned.  She faces the second charge accusing her of not seeking medical attention properly as the child suffered second degree burns.