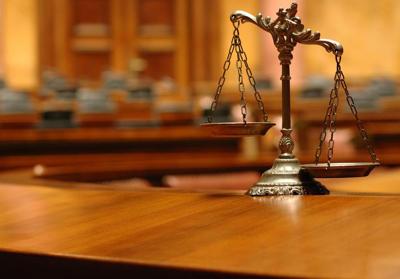 LONDON, Ky. - Dylan Brewer, 23, of Harlan County, was sentenced Wednesday to 200 months in federal prison by United States District Judge Robert Wier for possession with the intent to distribute over 500 grams of methamphetamine and possession of a firearm in furtherance of drug trafficking.

According to the plea agreement, law enforcement stopped Brewer’s vehicle in Bell County, Kentucky, on July 13, 2019, and found nearly two kilograms of methamphetamine and a loaded firearm hidden in a speaker box in the back seat. During the investigation, law enforcement learned that Brewer had been obtaining methamphetamine in Georgia and traveling to Harlan County to distribute it in the area.

Under federal law, Brewer must serve 85 percent of his prison sentence and will be under the supervision of the U.S. Probation Office following his release.

“Methamphetamine trafficking goes hand in hand with violent crime,” said Robert M. Duncan, Jr., United States Attorney for the Eastern District of Kentucky. “Our Office is committed to holding accountable drug dealers who distribute this poison, particularly those who do so while unlawfully possessing a firearm. This prosecution should serve as a stern warning for those who peddle dangerous drugs into Eastern Kentucky- when you are convicted you will serve significant prison time for your crime.”

Fugitives Wanted in Connection with Kidnapping and Murder of Annville Man Have Been Caught!

Nearly one pound of meth confiscated