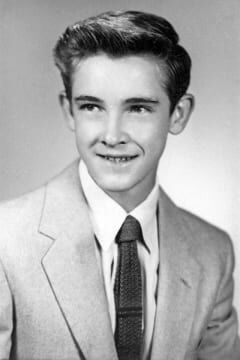 Herman W. Marcum age 82 of Hamilton passed away on Sunday November 21, 2021. He was born on August 7, 1939 in Manchester, KY the son of the late Carlo and Oda (nee Walden) Marcum. Herman retired from Pease Company after many years of service. On October 24, 1959 he married the love of his life Anna Ramsey. He is survived by his loving wife of over 62 years Anna Marcum; three children Debra (James) Ledford, Dale (Anna) Marcum, and Heather (Adam) Amann; six grandchildren Amber (Jason) Gerrard, Savannah Marcum, Kayla Smith, Adale Marcum, Alivia Sparks, Logan Amann; six great grandchildren Hayden, Trevor, Landen, Jayden, Jillian, and Gabe. He also leaves behind many other family and close friends. He was also preceded in death by two sisters Sally Bullis and Ruby Root. Visitation will be on Monday November 29, 2021 at THE WEBSTER FUNERAL HOME 3080 Homeward Way at Rt. 4, Fairfield from 12:00PM until the time of the funeral at 2:00PM with Pastor Steve Allen officiating. Burial to follow in Greenwood Cemetery. www.websterfuneralhomes.com

To plant a tree in memory of Herman Marcum as a living tribute, please visit Tribute Store.

The Owsley County Cheerleading Team Gets Bid to State Competition