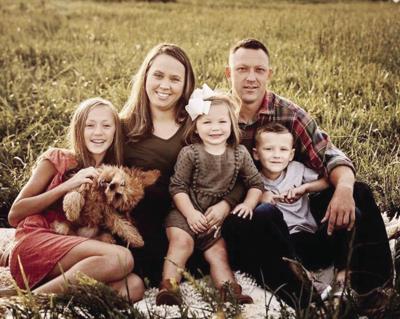 The Tiger Basketball program is undergoing change, and with it comes the addition of new assistant coach Jason Hibbard.

“He’s a young coach, talented and very hungry,” Gray said.  “I expect big things from him.  He’s a great addition to our staff and he’s an extremely hard-worker.”

Hibbard is a former Tiger who played under coach Bobby Keith in the late 90’s, and still resides in Manchester with his wife and children.

Ready to get to work is an understatement said Hibbard with excitement. “It feels just like coming home,” said Hibbard.

The coach has had great success in the elementary ranks and the AAU basketball circuit.

Hibbard joins Coach Glenn Gray and other assistants on staff, and says the transition will be seamless.

“I’ve known these guys for the majority of my life, and we’re good friends,” said Hibbard. “I’m just ready to put my nose to the grindstone to help put Tiger basketball back on top where it belongs. I believe we’ve got the potential to really surprise some folks this upcoming season.”

Hibbard is the father of three children Mia, Maddox and Marcie with wife Jessica.

He’s a resident of Manchester and works at the Federal Corrections Institute at Fox Hollow.

Hibbard says he and his family are “invested” in Clay County.

“Clay County is our home and will always be our home,” he said.  “I had other offers at other schools but nothing compares to Clay County basketball.  I am excited Coach Gray allowed me to join his staff and I can’t wait to get in the gym and get started.”