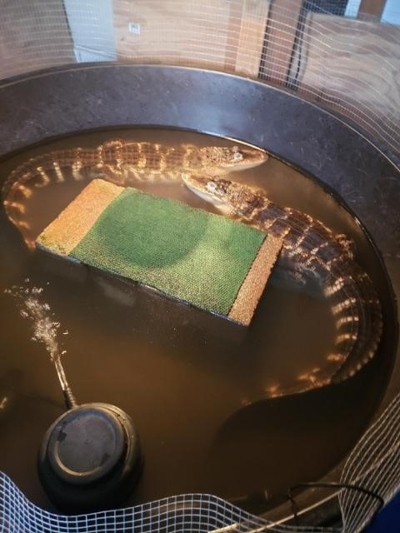 Acting on a tip, conservation officers with the Kentucky Department of Fish and Wildlife Resources seized two alligators from a McCracken County home on Thursday, March 26th
.
A 55-year-old Paducah man at the location admitted to having the alligators and showed the animals to the conservation officers when they visited the home.
In Kentucky, alligators and caimans are considered inherently dangerous wildlife and it is illegal to import or possess them.
Conservation officers seized the two alligators, each approximately 5 feet long, and the animals were taken to the Kentucky Reptile Zoo in Slade, Kentucky.
The man has been charged with two counts of propagation and holding of wildlife without a permit. Each count is punishable by up to a $500 fine.
Help us serve you better!