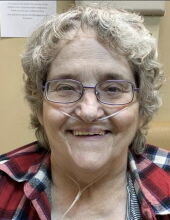 Services for Irene Johnson will be held at 2:00 PM on Sunday, September 12th at Britton Funeral Home, with Henry Lloyd Deaton officiating. Burial will follow at the Lower Saddler Cemetery in Manchester.

To plant a tree in memory of Irene Johnson as a living tribute, please visit Tribute Store.