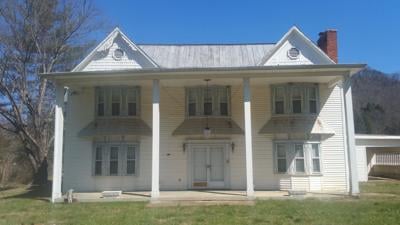 The historic Chesnut House on Sexton’s Creek played host to a team of paranormal ghost hunters over the weekend.

Homeowner Kevin Cleary has been working for several years to save the historic home located at the junction of Ky. 1350 and Ell’s Branch Road.

Cleary made the announcement on the Save the Chesnut House Facebook page.  The following is what the team say they experienced during their overnight stay:

“A lot of walking.  I heard a lot of that.  Like I said, I’ve not went through everything (the data collected.)  Most of the time you usually get more the second or third time visiting.  It was crazy because in my experience you hardly get anything the first time.  Oh, I had the light that hangs above the main staircase swing a little while I was up there asking questions and there was no source for it to be moving.  That was recorded.  Like I said, a lot of pics and electronic voice phenomenon.  I think there will be more the next time.  Energies also get used to you and become more active.”

Cleary did not identify who the ghost hunting team was but did post a pic on the Facebook page.

The historic home was built in the 1800’s with an aura of mystery surrounding the home for many years.

Many believe spirits still fill the home as one room was known as the ‘casket room’ according to descendent Jean Baker Cobb.  Cobb wrote in the Fall & Winter 2017 edition of the Clay County Ancestral News a history of the home and said; “one of the two parlors facing Ell’s Branch Road was called the ‘casket room’ because the Chesnuts made caskets for their family, neighbors and friends.  There were no funeral homes in Clay County until the Rominger Funeral Home was established in Manchester in 1938.”

Cleary says he will update everyone soon and keep you posted at their Save the Chesnut House page on Facebook.