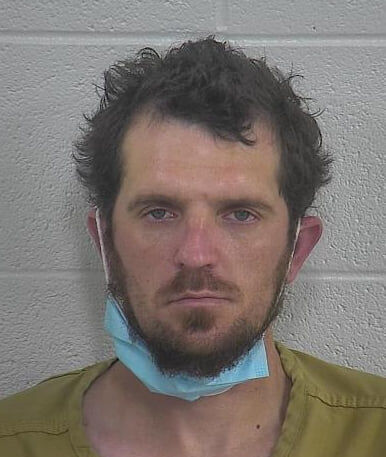 Laurel County Sheriff John Root is reporting that: Laurel Sheriff's Deputy Bo Harris along with Deputy Hobie Daugherty arrested Robert Isom age 35 of Manchester on Friday night October 8, 2021 at approximately 11:03 PM. The arrest occurred on Brock Minton Road, approximately 9 miles east of London after deputies were dispatched to a complaint of a male subject apparently passed out at the wheel of a silver Chevrolet Trailblazer at the intersection of Marydell Road and Brock Minton Road . When deputies arrived and located the suspect vehicle, they noted observing a male subject passed out over the wheel doors locked vehicle running and in drive position. Upon awakening the driver an investigation was conducted and the driver was determined to be under the influence and operating on a DUI suspended license. Robert Isom was charged with operating a motor vehicle under the influence – fourth offense; driving DUI suspended license – first offense. This individual was lodged in the Laurel County correctional center. Photo of accused attached is courtesy of the Laurel County correctional center. Photo of traffic stop provided by arresting deputies.