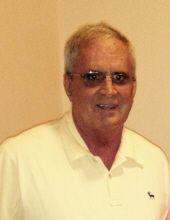 John was born in Oneida, KY on January 7, 1951, a son of the late Anna Laura (Combs) and John Brown, Jr. He was retired from the Clay County School Board where he was the Principal at Manchester Elementary and the Director of Pupil Personnel, and he was a member of the Oneida Masonic Lodge #736.

John is survived by his wife, Peggy Samples Brown; and his children: Laura Combs and husband Scott of Oneida, Jennifer Farmer and husband Russell of Oneida, Amy Burn of Manchester, John Ed Brown and Amanda Amandine of San Antonio, TX, and Lee Tyler Brown of Oneida.

In addition to his parents, John was preceded in death by his brother, Charles Leslie Brown.

Services will be held at 2:00 PM on Sunday, June 28th at Britton Funeral Home in Manchester, KY, with George Davidson and Steve Crumpler officiating. Burial will follow at the Brown Cemetery in Oneida.

Visitation and a Masonic Service will be held at 6:00 PM on Saturday, June 27th at Britton Funeral Home in Manchester, KY.

To send flowers to the family of John Brown, please visit Tribute Store.