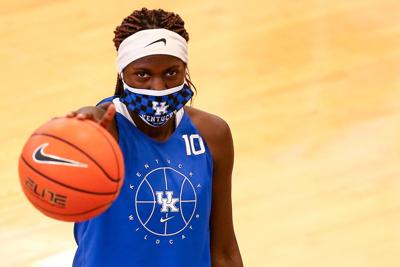 Per Kentucky Sports Radio--With exactly one hour before the No. 11 Kentucky Wildcats was set to take the floor for its season opener, it was announced that two of the team’s best players were suspended. According to a release sent out by the University, interim head coach Kyra Elzy suspended Rhyne Howard for two games and Tatyana Wyatt for three games. Howard’s is due to not upholding the standards of the program while Wyatt’s is due to a violation of team rules. Both suspensions will begin today. Kentucky is set to take on Murray State at 1 p.m. on the SEC Network+.