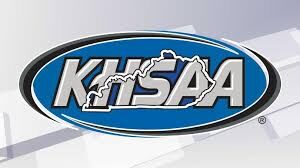 Kentucky’s high school boys’ and girls’ basketball seasons will start later and be shorter than normal under a schedule approved Wednesday while the football postseason will continue as planned.

The Kentucky High School Athletic Association Board of Control voted to delay the first tip-off until Jan. 4 amid concerns over the dramatic escalation of COVID-19 cases in recent weeks. Those seasons had been set to begin Monday.

“I really can’t in clear conscience tell you that I think it’s a good idea for our member schools to start playing organized games, official games, this coming Monday,” KHSAA Commissioner Julian Tackett told the board during a more than four-hour work session in which board members discussed the implications of delaying basketball and the effects it would have on other sports moving forward.

Wednesday’s move will shorten basketball’s regular season with targeted state tournament dates at Rupp Arena for the weeks of March 15 and March 22 pending details being worked out with the Central Bank Center.
District tournaments will begin March 1st with regional tournaments following on March 8th.  March 17-21/March 24-28 are the tentative dates to start the Sweet 16.
We need your support

As we know all too well, winter in east Kentucky can bring anything from heavy snow, to ice storms, sleet, and bitter cold. Even severe thunderstorms capable of producing tornadoes and flash floods are possible! Now is the time to prepare for whatever winter may bring, and the National Weather Service offices that serve the state of Kentucky, along with the Kentucky Weather Preparedness Committee and Kentucky Emergency Management, have designated December 1-7 as Winter Weather Awareness Week across the Commonwealth. Each year, dozens of Americans die as a result of exposure to the cold. Even more fatalities occur in vehicle accidents, fires caused by heaters, or due to carbon monoxide poisoning from the improper use of generators during power outages. The aftermath of a winter storm can also have an impact on a community for days, weeks, or even months. Ultimately, it is up to every person to be prepared for what winter may bring! Building a Weather-Ready East Kentucky starts at home and one of the most effective ways families can prepare for any disaster is to build an emergency kit. A basic emergency kit should have a three day supply of food, water and medicine, along with the necessities a family will need in the event of a prolonged power outage when travel is not possible. Know the risks your community faces and monitor weather forecasts. When a winter storm is in the forecast, communicate with family members and know their location and travel plans. Make sure all family members are able to get emergency alerts. Remember to check the batteries in your NOAA Weather Radio, because even if the power goes out and TV/radio is not available, you will still be able to receive crucial information via this device. While the best idea is to just stay home during winter storms, sometimes that's not possible. Winterize your vehicle now, while the weather is relatively warm, and keep an emergency kit in your car. Weather conditions can vary greatly within short distances here in the mountains, so make sure to check the forecast and road conditions along your route of travel. Road conditions and additional snow and ice information from the Kentucky Transportation Cabinet can be found at snowky.ky.gov. Winter Weather Awareness Week is a perfect time for families, communities, schools, and businesses to review their plans and build or resupply their emergency kits. To help that effort, the National Weather Service in Jackson will share winter weather preparedness information throughout Winter Weather Awareness Week via the web, Facebook, and Twitter. Partner organizations and the media are also encouraged to participate. The National Weather Service has made various winter weather preparedness articles, infographics, and social media plans available for use at www.weather.gov/jkl/winterawareness. Organizations that would like to partner with the National Weather Service to build a Weather-Ready Nation should consider becoming a Weather-Ready Nation Ambassador. The Weather-Ready Nation Ambassador initiative is intended for organizations and designed to help serve the public by strengthening our national resilience against extreme weather events. For more information and to apply, go to www.weather.gov/wrn/ambassadors.