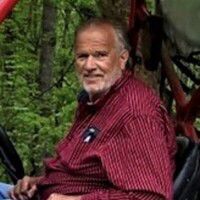 Larry Gene Turner passed away Sunday, May 17, 2020. He was 64 years old. Larry was born December 25, 1955 at Smilax, KY., the son of the late, Henry Turner & Rebecca Wells Turner. He had been a life-long resident of Leslie Co. By occupation he had worked as a heavy equipment operator in surface mining. Larry was a member of the Smilax Church of Christ. He enjoyed riding his side by side, cattle farming with his brother, Harold, cutting hay, hunting, enjoyed spending time with his treasured granddaughter, Stella & nieces & nephews.

All services will be private.

To plant a tree in memory of Larry Turner as a living tribute, please visit Tribute Store.