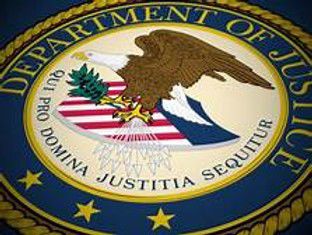 A London woman, Wilma Thompson, 41, was sentenced last week, to 18 months in federal prison, by U.S. District Judge Claria Horn Boom, for obtaining a controlled substance through the registration of another and identity theft.

In her guilty plea agreement, Thompson admitted that she was employed as an office manager for a physician, that prescription pads repeatedly went missing from the office, and that she was observed on multiple occasions taking Xanax at the office. Thompson’s employment with the office ended in October 2017; but in in May 2018, she attempted to obtain 180 Hydrocodone tablets, using a forged prescription bearing her previous employer’s name and DEA registration number.

After obtaining a search warrant, officers seized 582 forged prescriptions, bearing the physician’s name and DEA registration number, and 23 empty prescription bottles.  Thompson further admitted that she had been forging prescriptions, monthly, since January 14, 2016, and she had obtained a total of 8,370 hydrocodone tablets and 2,358 alprazolam (Xanax) tablets.

Under federal law, Thompson must serve 85 percent of her prison sentence and will be under the supervision of the U.S. Probation Office for three years, following her release.

The investigation was conducted by the FBI and London Police Department.  The United States was represented by Assistant U.S. Attorney Nick Rabold.