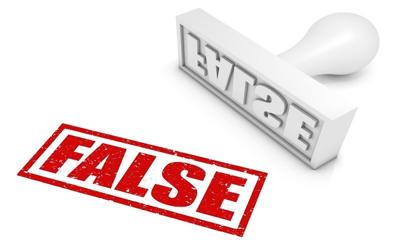 Felony charges have been levied against a Morgan Branch man for falsely reporting a nine-year-old girl was swept away in flood waters Sunday night.

Emergency officials scrambled to the scene risking their life in treacherous conditions to search for the missing girl.

After arriving at the scene and starting their search, rescue squad members were notified the missing girl was possibly at a home.

Dennis Smith, 57, of Morgan’s Branch, called 9-1-1 and reported he was walking along Morgan Branch Road and his daughter was swept away in flood waters.

Deputy Sheriff Sgt. Jeremy Gabbard said the girl was found at the home of Smith’s ex-wife, safe and sound.

“The false call placed numerous first responders lives in danger,” Gabbard said.  “During this emergency this fake call took them away from helping others that were actually stranded in the water.”

Smith was deemed under the influence at the time he placed the call, police say.

The Morgan Branch man’s actions, or lack of, tipped police off that something wasn’t right.

“We became suspicious when Smith didn’t help us look for the child when we arrived,” Gabbard said.

Smith was charged with falsely reporting an incident, wanton endangerment 2nd degree and public intoxication.  He was lodged in the Clay County Detention Center.