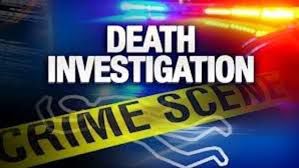 LAUREL COUNTY, Ky. (WTVQ)- The man found dead Wednesday in a London park died because he bled out from a slit neck, according to Laurel County coroner Doug Bowling.

Bowling says that was confirmed in an autopsy Thursday at the State Medical Examiner’s office in Frankfort.

The coroner also identified the 53-year-old as James Lowell Mays of Lexington.

Officers say dispatch called them to Levi Jackson Wilderness Road Park soon after 6 p.m. Wednesday to investigate. They say the body was found behind the park’s amphitheater near an overflow camping site.

According to Bowling, it was just minutes between the time Bowling was found and the time his neck was slit.

The coroner says he suspects foul play, but London Police say there are other factors investigators have to look at before confirming that.

“I’ll Bash Your Head In if You Call the Police”