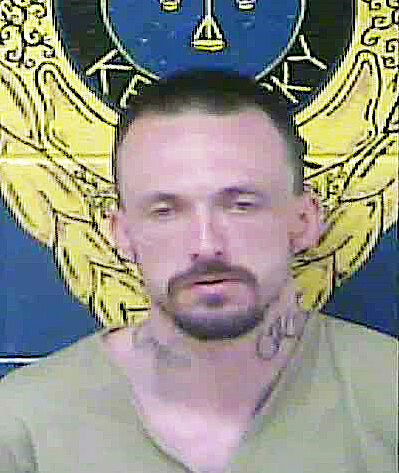 Police say a Stone Gap Road man had multiple weapons in his possession when he attempted to kick in the door to a 78-year-old woman’s home in the early hours of Saturday morning.

Around 3:30 a.m. Clay 911 received a call that a man was kicking the door into a home on Rockhouse Valley Road.

When sheriff’s deputy Kelly Johnson and city police officers Shawn Curry and Wes Wolfe arrived, they found Brandon Davidson, 35, with a pistol in his hand.

The officers also found a shotgun in his possession and a small baggie of methamphetamine.

It is not known if the victim and the perpetrator knew each other.

Davidson was lodged in the Clay County Detention Center.