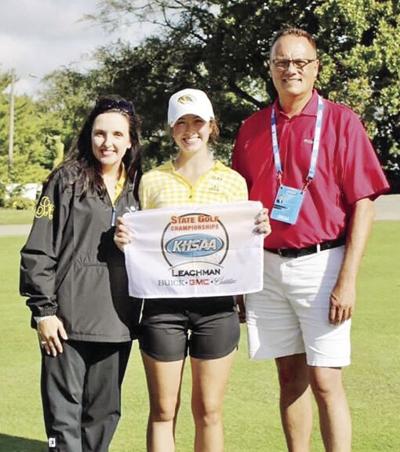 Messer made a post on Facebook thanking those who helped her along her journey thus far. “I just finally want to thank everyone who has worked together to get me to the position I’m in today,” said Messer. “I’ve earned a spot on the University of Pikeville Women’s Golf team, and I’m so excited for that adventure. I also received the KHSAA State Tournament Scholarship. Thank you all so much!"

She is the daughter of Richard and Sheila Messer.