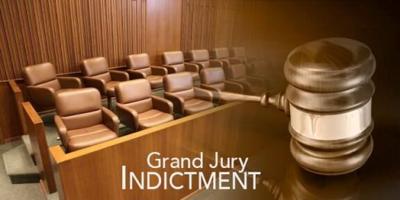 Federal charges were levied by a grand jury over a bank robbery.

Ronald Lee Jones, 35, of Gray and Becky Hornsby, 38, of Crittenden County, were indicted by a federal grand jury on two counts of bank robbery each.

The two allegedly robbed Community Trust Bank in Pineville on September 29 taking $8,761.00, according to the indictment.

The bank described the individual as a female who fled the scene in a maroon hatchback SUV.

On October 8, in Whitley County, the two took $10,602 from Community Trust Bank in Williamsburg near the Cumberland Regional Mall.

In the latest robbery, a masked individual entered the bank and passed the teller a note demanding money.

Williamsburg City Police Chief Wayne Bird said the suspect did not brandish a weapon while the second suspect was in the vehicle.

The teller complied and was able to give a good description of the vehicle used, according to Bird.

Williamsburg officers then issued a BOLO, a be on the lookout, using the description of the suspects’ vehicle.

Bird says the vehicle was spotted traveling along Bee Creek Road shortly after, about 10 minutes later according to police scanner traffic, by Kentucky State Police troopers, at which time they attempted to initiate a traffic stop. The vehicle did not stop, resulting in a vehicle pursuit between the suspects and KSP.

The pursuit continued into the Keavy area where officers with the Laurel County Sheriff’s Office joined in on the pursuit.

Bird says the suspects' vehicle was eventually stopped by force through the use of Stinger spike strips. The suspects’ vehicle wrecked as a result and came to rest on its top.

“It is my understanding that there was a shot fired,” Bird said on what happened next. “I don’t know if that shot was fired by a law-enforcement officer, or if it was fired by the suspects.”

KSP released a report Thursday evening stating Laurel County Sheriff's deputies shot into the suspect vehicle during the pursuit and neither suspect was struck.

Laurel County deputies attempted to stop the vehicle with tire deflation devices during the pursuit, but were unsuccessful. As the pursuit approached the intersection KY 312 and KY 192, the suspect vehicle left the roadway traveling into a field to avoid the deputies. At that time, KSP says in its report that deputies were "perceiving a threat" so the shots were fired.

Police were able to apprehend the suspects.