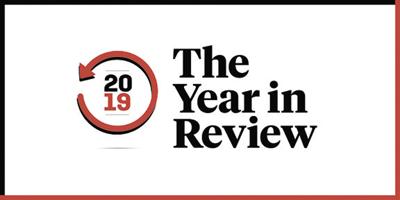 2019 saw many highs and lows in our county but the Top 10 stories of the year were mostly positive events that left a huge impact on our county.

More than 350 people were in attendance in August as a ground-breaking ceremony was held for the new Advent Health of Manchester Surgical Center.  The new center will cost an estimated $16 million dollars and is expected to be complete by 2021.  The new facility will house two surgical suites, a procedure room and an additional room for future expansion.

#8-The death of Jim Wilson

Mr. Wilson touched many people’s lives through his teaching career, coaching, being a bus driver and the editor of this newspaper.  His untimely death in March to a heart attack came as a tremendous shock to us all.

11-year-old Billy Oliver received severe burns as part of what was known as the “Hot Water Challenge” leaving the accused’s mother behind bars.  The case received nationwide headlines after the boy was severely burned with boiling hot water.

What started as a simple post on Facebook blossomed into one of the best stories of the year in our town.  Project Hope, formed by Danielle and Steve Collins, has undertook numerous cleanup projects in Manchester that involved buildings being painted and construction work.  The much-needed facelift in town has spurred more accountability through Project Hope in enforcing building and code ordinances and brought attention to serious issues with the city such as delinquent property taxes.

Phase one of a three-part construction project was finished in 2019 leaving Memorial Drive with a new bridge and a much better road.  The new bridge is absolutely beautiful and the road to Lyttleton is now one that large vehicles can maneuver with no issues.  The project will also bring a renovated Rawlings-Stinson Park and a new entrance to the hospital and other medical facilities.  The project also brought a new entrance to Cool Springs Road by the Clay County Middle School.

It was a storybook ride for the Clay County Tiger softball team as they lost a heart-breaking game in the state semi-finals to eventual champion Lou. Male 2-1 in extra innings.  No team in Kentucky had played the nationally ranked Male team as close as the Tigers did.

Tyler “Chip” McDaniel qualified for the U.S. Open golf tournament and also made the cut.

“It’s one heck of a feeling to make the cut in your very first major,” McDaniel said.  The Clay County native made headlines across the state for qualifying in the tournament.

“I’m so appreciative of this county and all of Eastern Kentucky.  Everything I do, I try to represent the 606 and Clay County to the very best of my ability.”

#2-The day the Big Mac died in Manchester

Many residents woke up on a Sunday morning to find out one of their favorite restaurants had burned to the ground.  A grease fire completely leveled McDonald’s and left many without a job.  Construction for rebuilding the restaurant started in November and is progressing with a timeline of completion in the spring.

For the first time ever, a sitting vice-president of the United States came to Manchester.  Clay County was abuzz as word broke out that V.P. Mike Pence would be visiting Manchester.  It was truly a historic day in our county’s history as a standing room only crowd gathered at the Eastern Kentucky University auditorium.  One local resident, Carolyn Dezarn, got to meet with the VP first-hand and discuss the recent Innovative Readiness Training that was held in the county.

Letter To The Editor: Students of the Month Going the Extra Mile by Trenton Seale