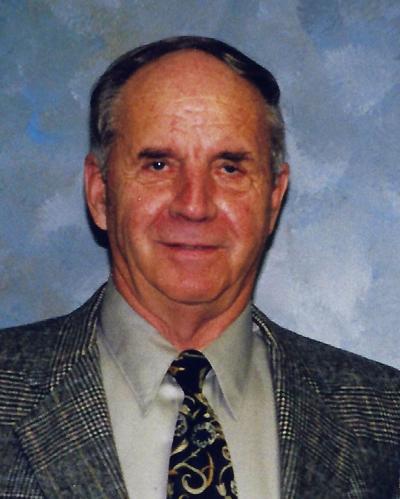 Odus Hubbard, age 88, passed away peacefully on Thursday morning, May 21, 2020 at Homeview Health & Rehabilitation Center in Franklin. He was a resident of Brown County.

Odus was born September 1, 1931 in Manchester, Kentucky, to his parents, the late Charlie and Flora (Smallwood) Hubbard. He retired in 1993 as a Foreman with Central Engineering in Indianapolis after 43 years of service. Odus was a member of the Indiana Laborer's Union and HOD Carriers, Local 120 in Indianapolis.

He will be remembered as a hardworking provider for his family who enjoyed working in his vegetable garden, fishing, mushroom hunting, spending time with his family and traveling with his wife. Odus was an avid fan of the Indianapolis Colts and Indiana Pacers. Throughout the years, family gatherings were made special with his famous Goulash recipe that included fresh vegetables on the grill washed down with his very own recipe for the meanest Bahama Mama and fresh lemonade ever made.

The Rev. Kevin Danforth will conduct a funeral service at 11 a.m. on Wednesday at Meredith - Clark Funeral Home Cremation & Personalization Center, 179 E. Mulberry Street in Morgantown. Friends may call from 4 to 8 p.m. on Tuesday at the funeral home. COVID-19 restrictions and social distancing will apply. Burial will be at East Hill Cemetery in Morgantown.

Expressions of caring and kindness can be made to the Hubbard family at www.meredith-clark.

To plant a tree in memory of Odus Hubbard as a living tribute, please visit Tribute Store.