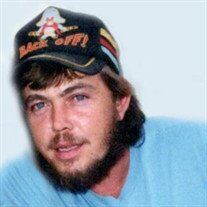 Junior was a service technician at Vaughn Tire where he worked with his three brothers. On his days off, he loved to go hunting, fishing and camping.