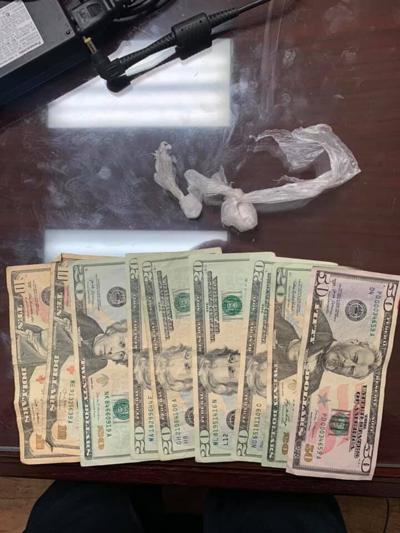 On 02/11/2021 at approximately 0500hrs. Manchester Police Officer, Wes Wolfe observed a Black Charger operating on Richmond Rd. Officer Wolfe turned on the Black Charger and observed the Charger turn on HWY 638.
The Charger began driving in a very reckless manner in attempt to evade Officer Wolfe, while Officer Wolfe was trying to catch the Charger, he observed it turn onto Liberty Hills RD. While coming across Liberty Hills, Officer Wolfe was operating at a high rate of speed and could not catch the Charger.
Officer Wolfe then advised Manchester Police K9 Officer, Ryan Jackson that he was attempting to catch a Charger on Liberty Hills and perform a traffic stop. K9 Officer, Jackson advised Officer Wolfe that he would go to Muddy Gap and wait on the Charger and attempt to stop the vehicle. K9 Officer, Jackson then located the vehicle on Muddy Gap when the vehicle turned up Stone Coal RD and turned all lights off attempting to black out. K9 Officer Jackson initiated a traffic stop and identified the driver to be Jessica Perkins through Clay County 911.
Perkins was arrested for reckless driving. Upon being searched at Clay County Detention Center by a female guard, two plastic baggies containing a crystal like substance believed to be Methamphetamine.
1. Reckless Driving
2. Failure to produce insurance card
3. Rear license not illuminated
4. Failure to give oncoming vehicle 1/2 of roadway
5. Traf in cont sub - 1st degree - 1st off - (Methamphetamine)
6. Promoting contraband (1st degree)
7. Drug paraphernalia - buy/possess
Help us serve you better!